Emma Thompson has spoken about her new film “Good Luck to You, Leo Grande” and the scenes that required full nudity.

Thompson has been nude only once before in her career, when she starred in the 1990 film “The Tall Guy,” opposite Jeff Goldblum. She is now baring all for her new role.

At 63, Thompson wants to be a voice for changing the depiction of women’s bodies in film.

She spoke about the unrealistic expectations the movie industry has of women and how she wants to help spark change.

If “you want the iconography of the female body to change, then you better be part of the change,” Thompson told The New York Times.

In “Good Luck to You, Leo Grande” Thompson stars as Nancy Stokes, a conservative widowed schoolteacher who has never experienced an orgasm. She hires a male escort, played by Daryl McCormack, for a date, hoping to experience an orgasm in the sex-positive British dramedy. The movie is directed by Sophie Hyde. 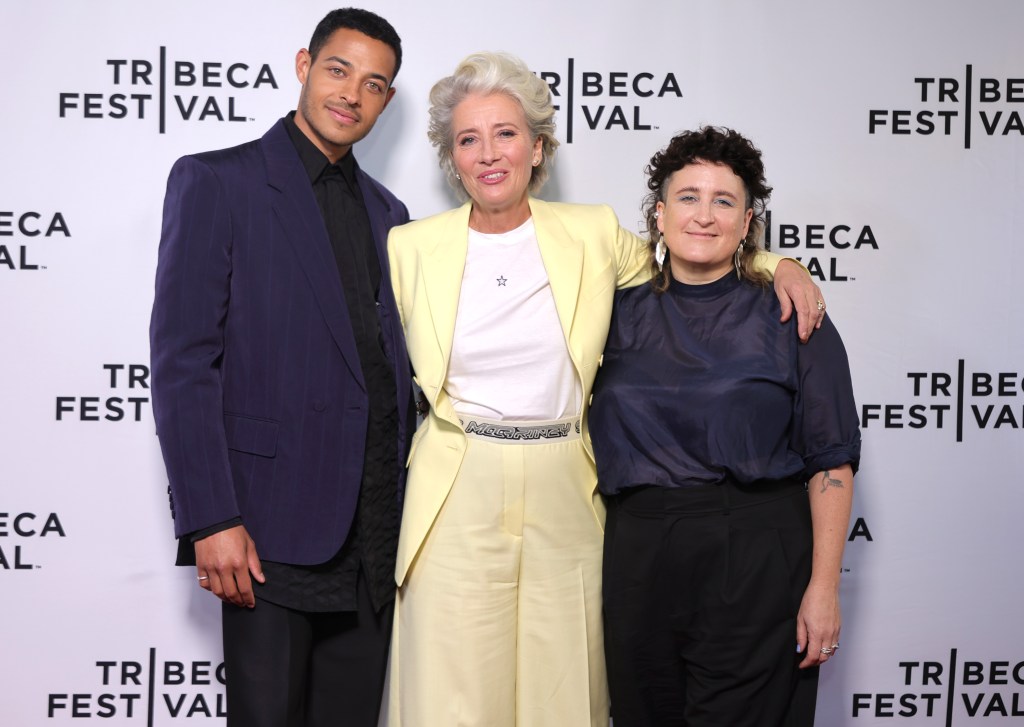 Thompson said “Sophie, Daryl, and I rehearsed entirely nude and talked about our bodies, talked about our relationship with our bodies, drew them, discussed the things that we find difficult about, things we like about them, described one another’s bodies,” said Thompson during a Cinema Cafe discussion. “She stands in front of a mirror alone and she drops her robe,” said Thompson of her character in the film.

Want more? Here's one of our fave moments from Jase & Lauren – they’re always up to something! Weekdays from 6AM on KIIS 101.1!
63 Emma Thompson nude

Emma Thompson Is Unrecognizable In The New 'Matilda' Movie