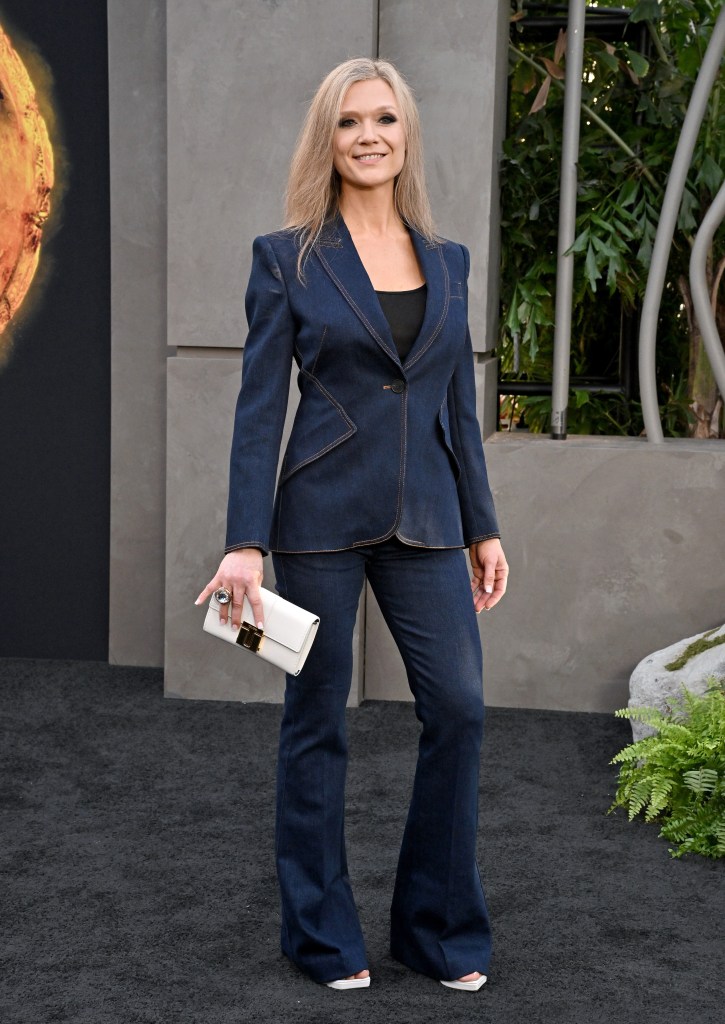 The actress played Lex, a computer savvy teen, in the 1993 movie Jurassic Park, which was directed by Steven Spielberg and starred Laura Dern, Sam Neill and Jeff Goldblum.

And Richards looked worlds away from her character 29 years on as she walked the red carpet in a dark denim suit at the cinematic event.

In the original flick, Richards played Lex, the grandchild of John Hammond (Richard Attenborough), who opened Jurassic Park, a park with real dinosaurs he secretly bred in South America.

After chaos ensues and the dinos break free, Lex’s knowledge of how to run the park’s controls helps the group survive. 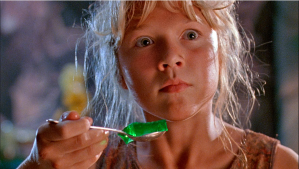 Following the film franchise, Richards starred in the TV movie The Princess Stallion (1997) and Broken Silence (1998), while her last project was Battledogs in 2013.

In the same year as her final TV project, the former child star married Mark Aaron Bolton and welcomed a daughter together in 2015.

Despite starring in one of film’s biggest blockbusters, Richards turned her back on Hollywood nine years ago in favour of pursuing her career as an artist.

Speaking about her work to Interview Magazine, the actress, who has a degree in Fine Art and Drama, said: “People ask me, ‘So did you step away from acting or decide to leave the business?’ I let them know it’s not about making a choice.

“Acting is always going to be something that’s in my blood. It’s more that my interest has been really taken by visual art and doing the oil paintings for people.

“If some really interesting role came along and found me, I’m sure I’d be thrilled to do it.”

Want more? Here's one of our fave moments from Jase & Lauren – they’re always up to something! Weekdays from 6AM on KIIS 101.1!
ariana richards feature jurassic world

The Second 'ELVIS' Trailer Has Dropped And Hoo Boy, Get Excited!

James Corden Does NOT Enjoy Being Tom Cruise's Wingman