ROLL UP! ROLL UP!

Mentos has rolled up an entire circus and turned it into a new Circus Fun edition.

Don’t worry though there’s no bearded lady or juggler flavour. It’s rather a mix of the following flavours: Swirly Mega-Pop; Toffee Apple; and Raspberry Snow Cone! 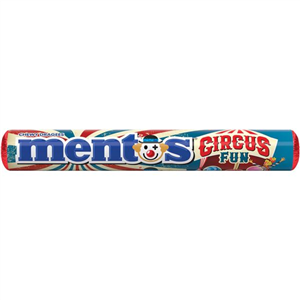 Get in the clown car and go get some!

It’s available at Woolworths, Coles, various IGA’s and independent supermarkets. It retails for ~$1.40

Want more? Here's a bit we love from Will & Woody – catch the boys weekdays from 4PM on KIIS101.1!
CircusFun Mentos

We Just Found Out KitKat Biscoff Easter Eggs Exist & We Need Them ASAP!

Tomorrow Is World Nutella Day And We Have The Perfect Breakfast Recipes To Celebrate!