Police say a woman is lucky to be alive after being shot in the head at point-blank range while sitting in her car in Canberra.

A man is expected to face assault, robbery and firearm charges over the shooting but police say that could be upgraded to attempted murder.

About 8am on Tuesday, a woman parked her car on Dominion Circuit, Forrest, in Canberra‘s inner south, when a man got out of a car and fired a gun at the woman’s vehicle.

The woman, who had sustained gunshot and shrapnel wounds, drove to Manuka Oval where she called for help. A security officer provided first aid.

Security had been bolstered at the oval ahead of the Australia versus Pakistan T20 cricket match on Tuesday night.

The woman was treated at the scene by ACT Ambulance paramedics and transported to hospital.

The man drove off in a silver-blue two-door hatchback with a NSW registration plate on the front and no plate on the back.

Three hours later, after an ACT-wide search and tip-offs from the public, police located a man in the hatchback in the Weston Creek area and recovered a firearm. 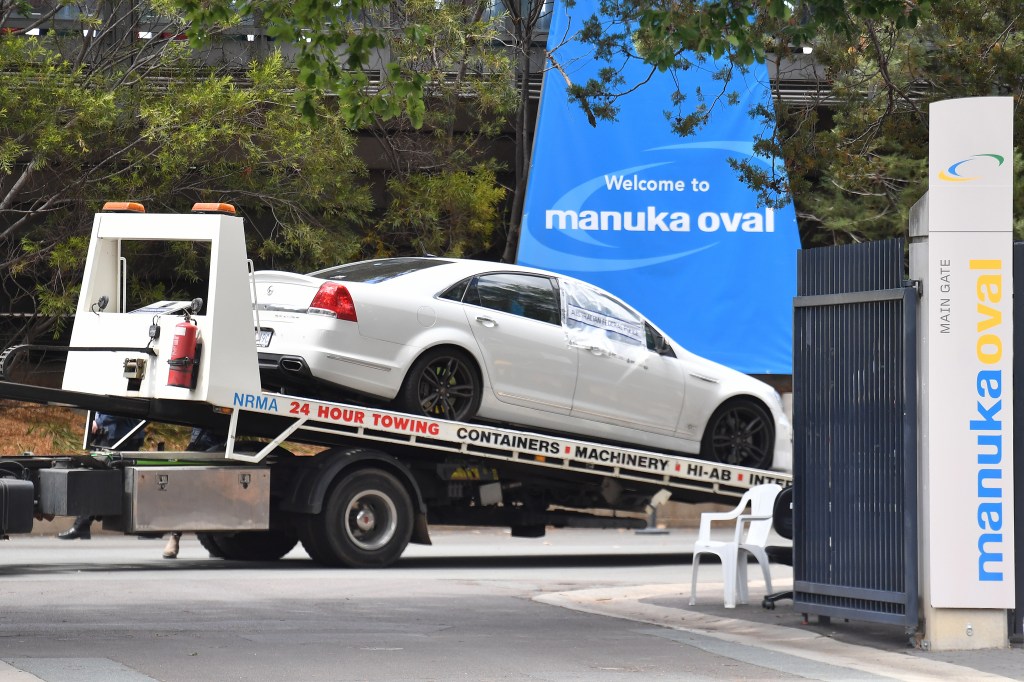 The man is known to police and will face court on Wednesday morning.

Police said they have no reason to believe the incident was related to domestic violence but said drugs may be involved.

The shooting happened close to a school and there were a number of witnesses. Police would not confirm if children witnessed the incident.

The school and several nearby government agencies went into lockdown following the shooting.

There was a second man in the getaway car but he has not been apprehended. Police do not believe he is a threat to the public.

“I would suggest the female is very lucky not to sustain more serious injuries.

“As a result of some excellent police work, officers had a person in custody within three hours.

“I would also like to thank the public for their assistance and willingness in providing valuable and timely information that will help with the ongoing investigation.”

Police would not reveal if the man resisted arrest or the age of those involved.

There was a shooting in Canberra‘s border town of Queanbeyan on Saturday but police do not believe the incidents to be linked.

The T20 international cricket match will go ahead uninterrupted.