After days of uncertainty, Western Australia will reopen its borders to NSW & Victoria.

WA is scheduled to open up to NSW and Victoria from Tuesday, dropping the 14-day quarantine requirement for travel from those states.

Effective from midnight, WA will continue these plans.

Last week, an outbreak of coronavirus was detected via Sydney quarantine hotel cleaner threatened to thwart McGowan’s plan to relax border arrangements. This forced the Premier to take the weekend to receive further health advice and “watch New South Wales like a hawk”.

Another potential threat emerged over the weekend when two German travellers managed to avoid quarantine upon landing in Sydney and instead board a flight to Melbourne.

The pair have since tested negative to the virus and NSW police have accepted responsibility for the bungle, which forced the entire plane into self-isolation.

Despite this, no locally acquired cases have been detected and WA’s plan was green-lighted, with caution.

Travellers from NSW and Victoria have been blocked from entering WA for almost nine months unless they went into quarantine and, until recently, secured exemptions.

Meanwhile, pending no subsequent outbreaks in South Australia, from Friday, December 11, SA will move to the ‘low risk’ category. This means any travellers from SA, or anyone that has been in SA in the previous 14 days, they will be permitted to enter WA. Strict conditions, including self-quarantining for 14 days, will still apply. 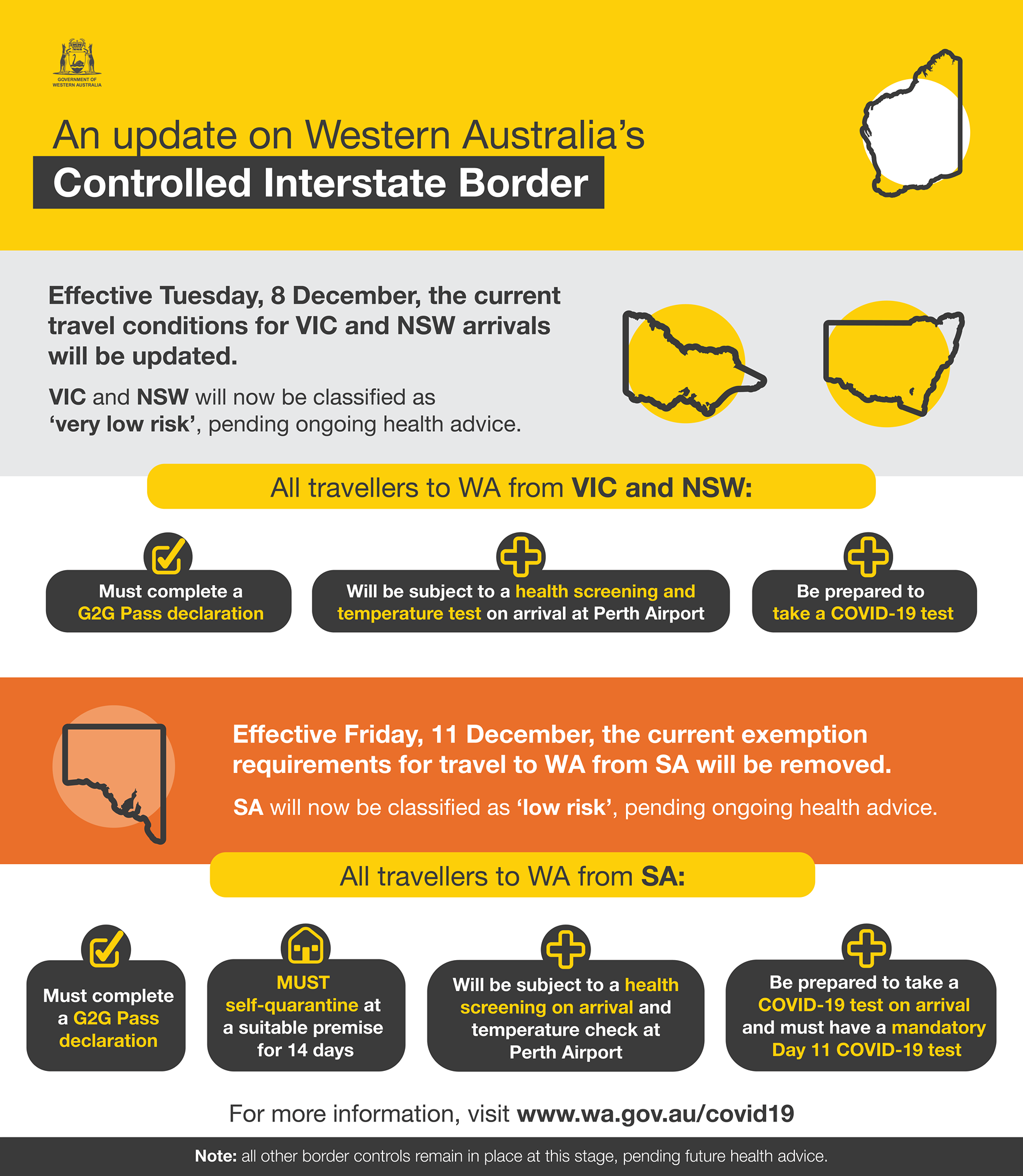 Want more? Here's one of our fave moments from Jase & Lauren – they’re always up to something! Weekdays from 6AM on KIIS 101.1!
WA border WA Premier Mark McGowan