An Aussie firefighter’s dream has come true after she took to centre court at the Australian Open Rally for Relief event with her favourite tennis player, Rafael Nadal.

Deb Borg, a member of the Stuart Mill fire brigade, revealed that she had spent the last few weeks battling devastating bushfires.

“It’s very black, very smoky and you see lots of dead animals and houses that are destroyed,” Deb told the crowd, alluding to the devastating scenes that have affected communities across the country.

“We’re there trying to make all the farmers feel safe while they go about their business.” 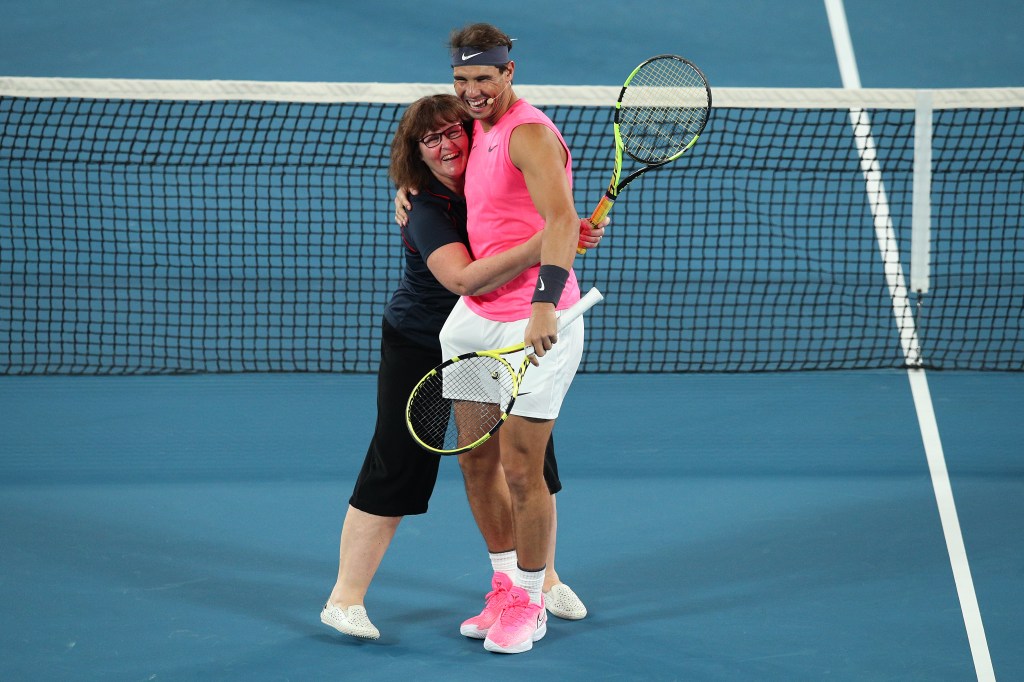 The avid tennis fan revealed that Nadal was her favourite player, making it the perfect opportunity for the heroic firefighter to team up with the Spaniard in a doubles match against Alexander Zverey and Caroline Wozniacki.

It’s safe to say that Nadal was shocked by Deb’s amazing tennis skills and her ability to successfully return a number of shots. Is there anything this woman can’t do?

However, the men’s world No. 1 wouldn’t let Deb leave the court without a big hug, which she gladly accepted. 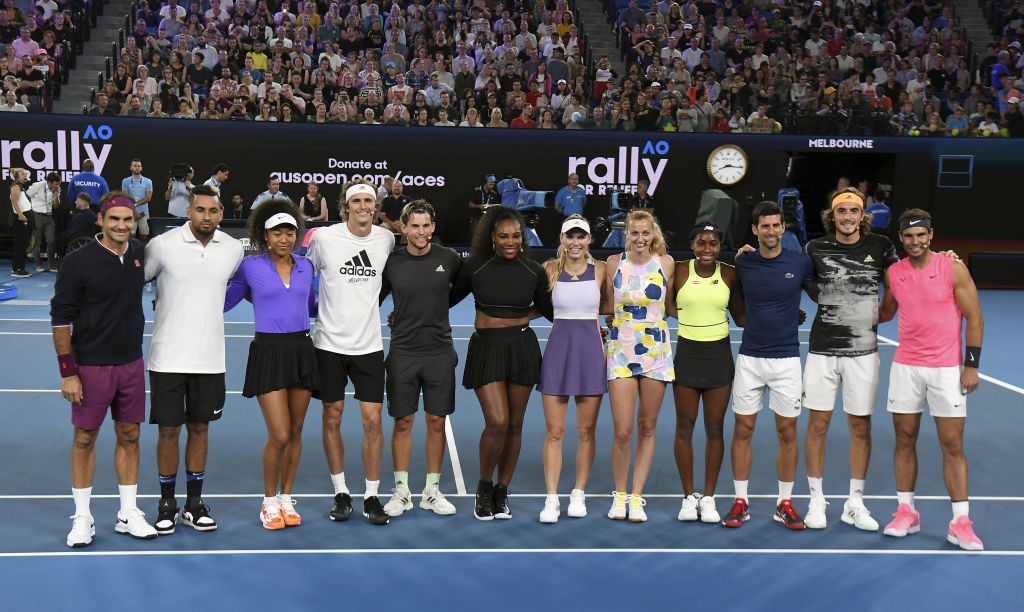 The world’s top tennis players pose for a photo in the Rally for Relief charity tennis match in support of the victims of the Australian bushfires. (Photo by WILLIAM WEST/AFP via Getty Images)