Over 100,000 are expected to take to the streets will join Premier Daniel Andrews for the Australian Council of Trades Union’s “Change the Rules” march.

The march has been approved by authorities and will take place between 10am and 1.30pm.

It will start at the Victorian Trades Hall, then work it sway south onto Russell Street, La Trobe Street, Swanston Street, and Bourke Street before finishing at Parliament House.

Tram services 3, 5, 15 and 67 will be affected – they will terminate at the corner of Swanston and Collins Street.

Luke Hilakari said the throngs are marching because “want this election done with, the Prime Minister should call this election now”.

“For regular Australians, every week it’s getting harder and harder, there have been no wage increases and this government has shown no desire to change it,” he said. 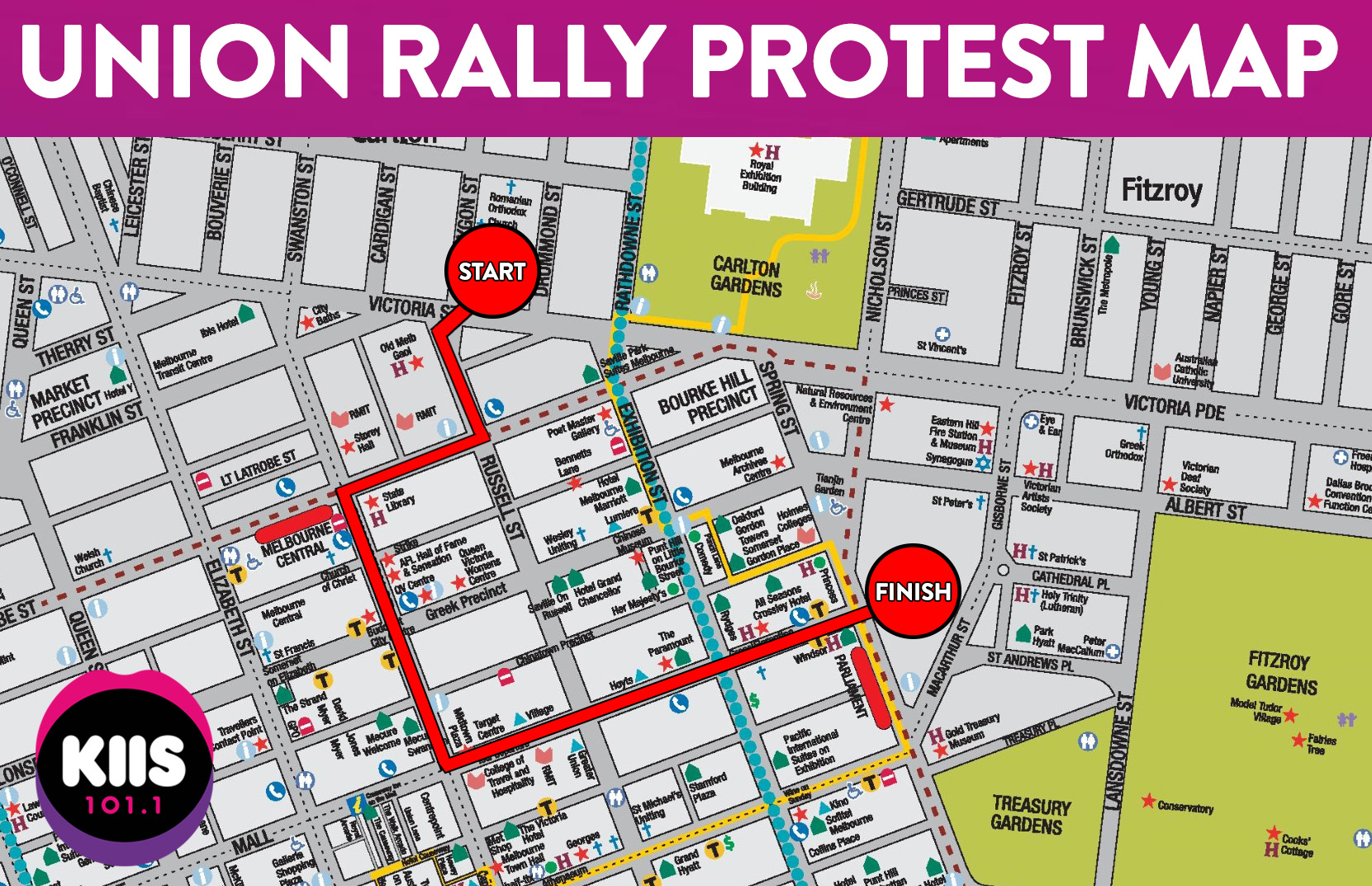