Woolworths has copped criticism for the way they handled customer complaints about a rodent problem at a store in Melbourne’s west.

The supermarket giant says that they “missed the mark” when they offered refunds on some products that had been affected by rodents at the store in Sunshine.

Shoppers at the Sunshine Market Place store have reported spotting rodent droppings along with holes made in product packaging owing to, what they say, is rodent activity in the store.

The supermarket has come under fire from customers for offering refunds on some affected products without addressing the rodent problem.

Woolworths have now issued refunds on affected products bought at the store. 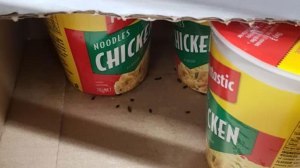 Regular shoppers at the store took to Facebook to say that the problem is a “regular occurrence” with the store’s management having already been made aware.

Woolworths have now responded saying that they have chucked out the stock in the affected aisle, with pest control being called in to deal with the rodents.

A Woolies spokesperson told the Herald Sun that they acted on the problem as soon as they found out.

“As soon as we became aware of the issue, we conducted a thorough clean of the affected aisle to return it to our usual high standards,” the spokesperson told the Herald Sun.

The supermarket says that there was no further evidence of rodents or pests in the store.

Want more? Here's a bit we love from Will & Woody – catch the boys weekdays from 4PM on KIIS101.1!
melbourne Sunshine woolworths