It’s one of the most anticipated films of 2019 so it’s only natural that Woolworths’ Lion King promotion would be a massive success… but we didn’t think it would be this big!

Shoppers across the country have been scrambling to collect all 24 Lion King Ooshies on offer from Woolworths when you spend $30 or more in one shop.

However, there are also some super rare Ooshies to collect too.

If you want to be one of the first to complete your Lion King collectors case (and score a rare Ooshie), then you may be interested in this listing spotted on eBay. 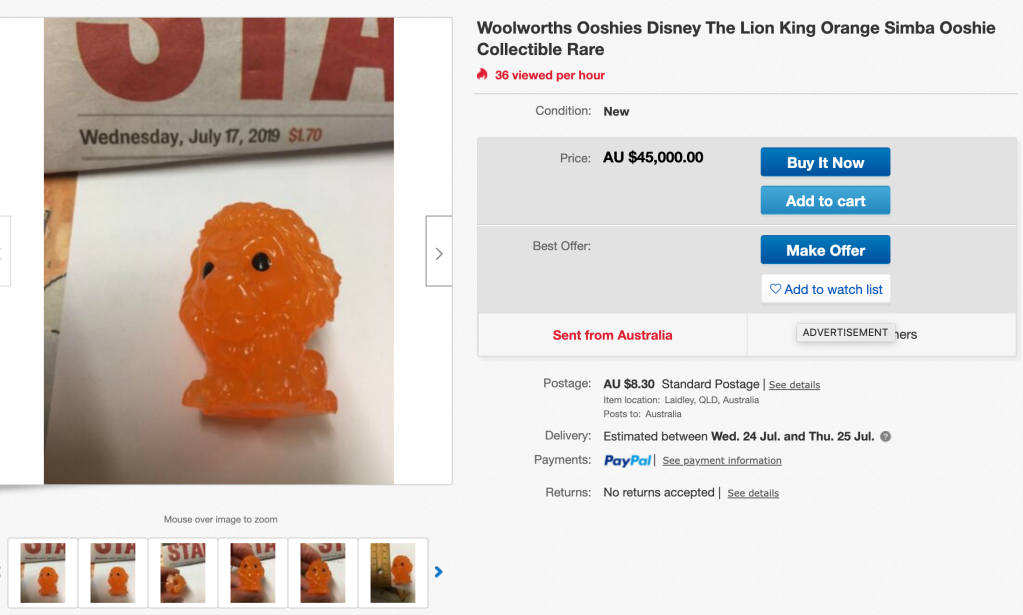 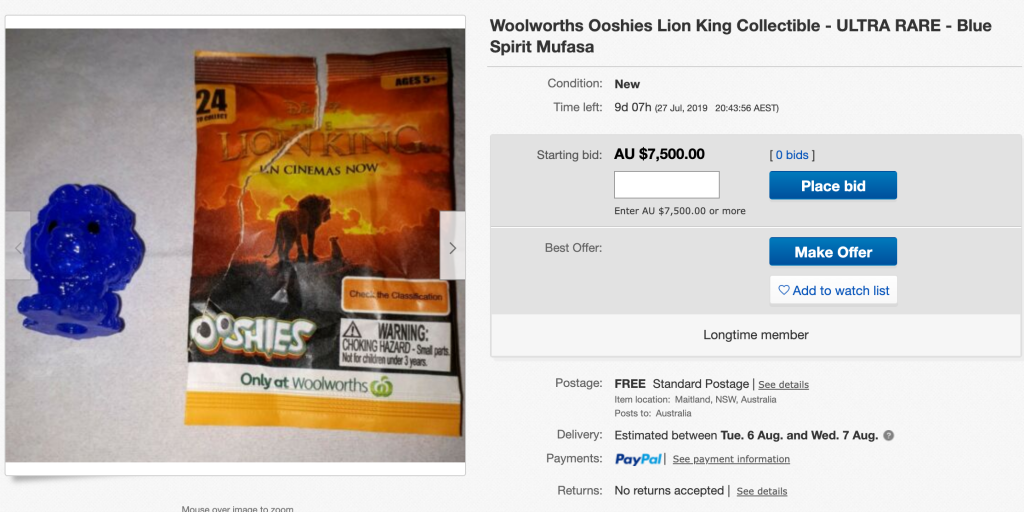 If you’re not too fussed with the rare Ooshies, you can purchase 25x unopened collectibles for $99! Don’t want to risk it, and instead buy the complete pack? That’ll set you back $199.

Ebay never ceases to amaze us.