A bloke is getting absolutely dragged after his Tinder bio made the rounds on social media.

Kirk, 27, made quite the first impression by posting a profile picture of himself, a bathroom selfie, with his pants around his ankles. 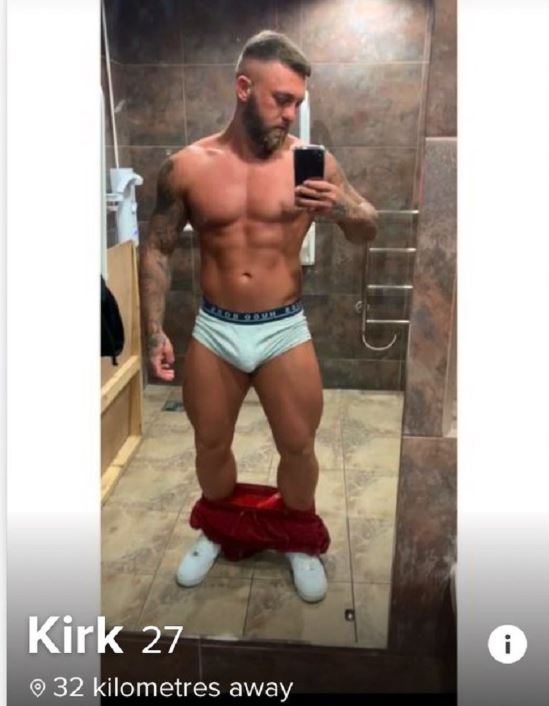 And really, he should’ve just stopped there.

But no, what followed was a bio that had some women preferring to ‘die alone as a crazy cat lady’. 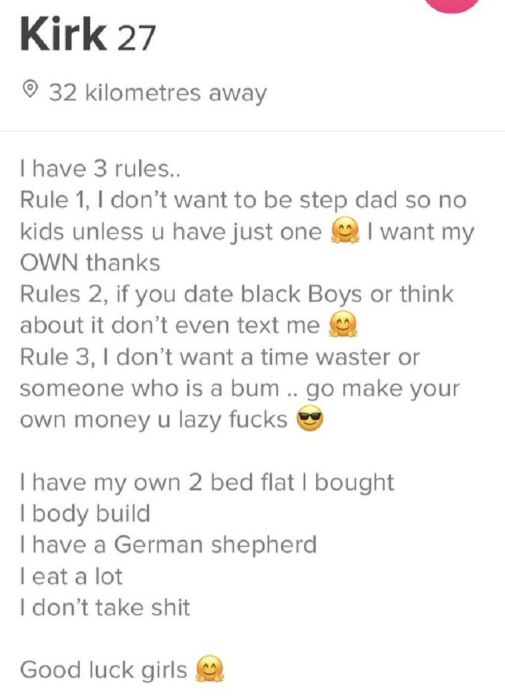 I thought I’d give Tinder a go but honestly, it’s fully put me off dating. pic.twitter.com/24Q1334yx2

HIS PANTS ARE BY HIS ANKLES omg fully no fuck off https://t.co/PYtlStfn5x

There’s a fuckload of stuff to unpack here, so allow me to summarise:

– Massive racist
– Literally everything else and holy fucking shit what is he doing with his pants https://t.co/g9ENIyBHkf

I’d rather die alone as a crazy cat lady. https://t.co/U20QyAG3sR

Dear men,
This is Kirk.
He a narcissistic, racist, misogynistic, delusional muscle head

how do i delete my sexuality https://t.co/mogvo61Jt5

Kirk looks like he should be signing some sort of register.
What an absolute parcel. https://t.co/kz5mqbJeGY