Self-service checkouts were a hot button issue for shoppers when they were first introduced.

While some enjoyed the efficiency, others bemoaned they automated too many jobs and added an extra step to the already often stressful experience of shopping.

So it’s not entirely surprising that people are kicking off after the new Woolworths store in Millers Junction took things to a whole new level: 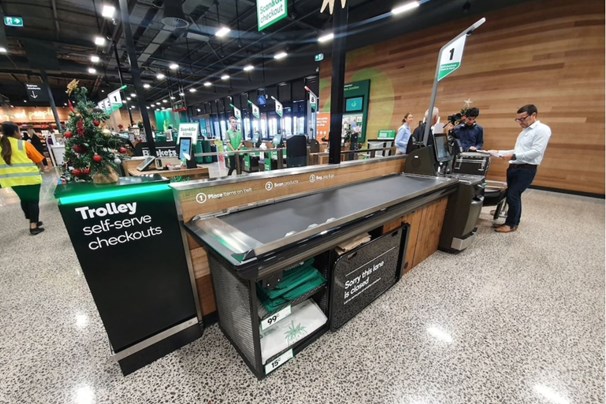 The mega checkouts are being rolled out to more and more stores, and the response in some corners of the Internet has been savage, with some even demanding shoppers get a discount!

“If there was an instant discount at the time of purchase, it could tempt me to self serve, but until then I will use the usual checkouts, and always go ask for more to be opened if the available ones are full.”

The discount idea seemed to strike a nerve: ‘I love this idea of getting a discount when I use the self-service checkouts. If we’re going to give up on customer service, then I should get paid for it,’ another added.

It wasn’t all a massive pile-on though, with a number of commenters saying people were being lazy, petty and entitled.

“Do you ask for a bonus at the bank..or extra fuel at the servo ..both those places you serve yourself…or do you stand there like a spare part demanding someone come and serve you?” one said.

Another quipped: “Do you also refuse to pump your own fuel and do your own banking?”