A backpacker checked into Rucksacker Backpacker Hostel in Christchurch on Tuesday morning.

Reportedly witnesses saw the women loaded onto a police van whilst other police officers were questioning other backpackers. 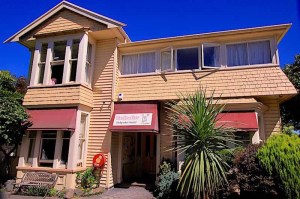 New Zealand began enforcing a self-isolation rule as of Monday, early morning, 1am.

This woman checked in late Monday night wearing a face mask, initially booking into a shared dorm room she changed to a private room.

The following morning, a worker from the Ministry of Health came to check her plans for self isolation.

Upon questioning her for hours, it was realised that she had no plans to self-isolate and was going to continue her pre planned trip, with no hotels or air bnb’s booked.

As she was unwilling to commit to self-isolation, the country had to deport her.

The Director of General of Health, Ashley Bloomfield was sympathetic to the woman saying

“ I can understand why someone who might’ve planned a trip for a long time…might be disappointed to find at the eleventh hour that they can’t travel around the country”.

He continued to say that the nation’s security would ‘ramp up’ and they will begin doing spot checks on people who are supposed to be in self-isolation.

There will be a Healthline set up where people can report on travellers who are not self-isolating.

It’s all getting very serious.

Advertisement
Advertisement
Want more? Here's a bit we love from Will & Woody – catch the boys weekdays from 4PM on KIIS101.1!
Coronavirus COVID-19 new zealand self isolation

Victorians Who Fail To Comply With Public Health Orders Could Be Fined Up To $20,000