Unless you’ve inspected it in the mirror, you probably haven’t put too much thought into the way your vagina looks.

And you shouldn’t need to – it’s like they always say, it’s what’s on the inside that counts…

But if you’re wondering, there’s actually FIVE different types of downstairs that ladies are blessed with.

Former bikini waxer, Mel, (who has seen a looooot of v-jay-jay’s) has provided a list of the different types she’s seen during her career.

Her ‘observations’ aren’t scientific, but as Mel told Elite Daily: ‘This is just to help women understand this weird “secret” [the appearance of our vaginas] we keep from our friends and society at large is not as scandalous or peculiar as we may have thought.’

So ladies, which one do you have? 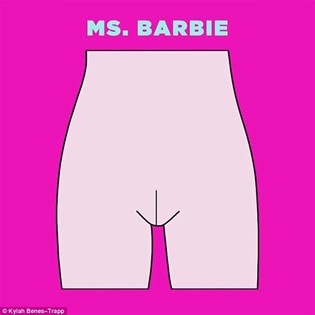 This is the least common shape the waxer’s seen and is when the labia minora are totally contained within the labia magora. The beautician noted that this is what most people think of when they picture a vagina, but it is not actually what most vaginas look like. 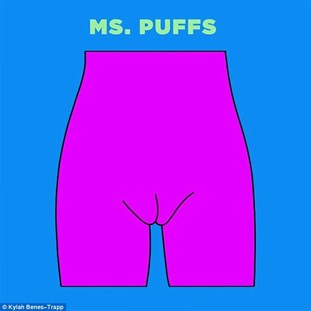 This ‘type’ is similar to the Ms. Barbie – but the lips of the vagina sit lower on the the pubic pone and are ‘either full and puffed up or thin and loose’. Scientific note: the way the lips hang has little to do with the age or weight of a woman. 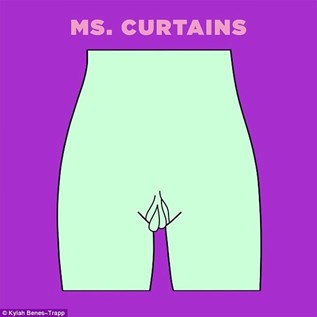 Ms. Curtains is the type Mel see’s most often and is the description for when the labia minora extends past the labia majora, sticking out either a little or a lot. 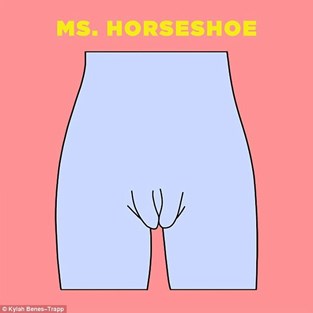 Ms. Horseshoe is Mel’s name for a vagina that opens wider at the top but closes at the bottom, with the shape of a horseshoe. 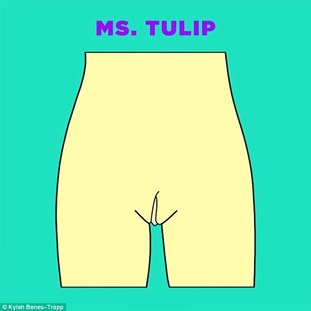 This type gets it name from a tulip about to bloom, with the labia minora slightly exposed up and down the labia majora.

In conclusion, Mel says ‘Your vagina is perfect. It’s just like a curtain. You wouldn’t hate your house if it had ugly curtains.’

Melbourne Woman Forced To Have Finger Cut Off