We just learned something about our Kiwi cousins and, TBH, we’re not sure we ever really truly knew them.

Forget Ice Magic, chopped nuts or Milo on your ice cream, how about some tomato sauce?

Earlier this week, Jeremy Wells, the host of NZ’s Seven Sharp program, brought a joint statement from Wattie’s and Beef + Lamb New Zealand to viewers’ attention. Basically, it said that one in four Kiwis liked tomato sauce on their steak.

But it was an innocuous line at the end of the statement that Wells zeroed-in on.

“Apparently some people like a bit of tomato sauce on their ice cream.”

He then, in true morning TV style, proceeded to try the combo, which his co-host Hilary Barry described as “disgusting”.

Phrases like “not bad” and “quite spicy” were bandied about by Wells. 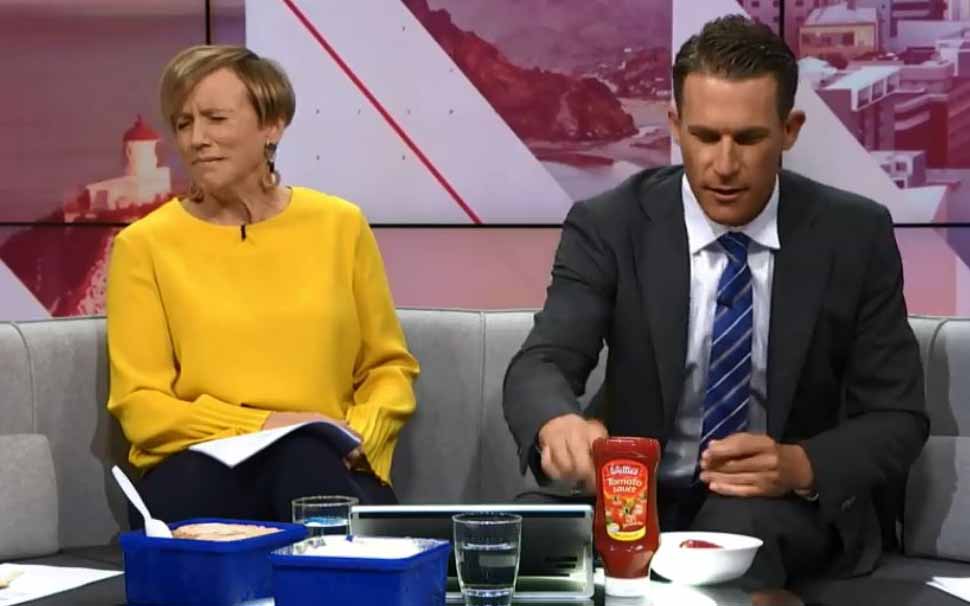 That’s where it should’ve stopped.

In less than 24 hours, the post copped a tagging frenzy of 25,000 comments, most wondering if the company was drunk, or pregnant.

Huge Outrage After This Biscuit Was Voted Australia's Best