While it might be somewhat early to start putting up your Christmas decorations, although science has thoughts on this, it’s actually not a bad time to get cracking on the Christmas cake.

According to the Slow Cooker Recipe & Tips Facebook group, it couldn’t be easier.

In fact, it’s so easy you only need a slow cooker and a lazy 4 ingredients:

Line slow cooker with 2 layers of baking paper on bottom and sides.

Pour batter in and even out.

Cook on low for 7-8 hours. Pop a tea towel under the lid. 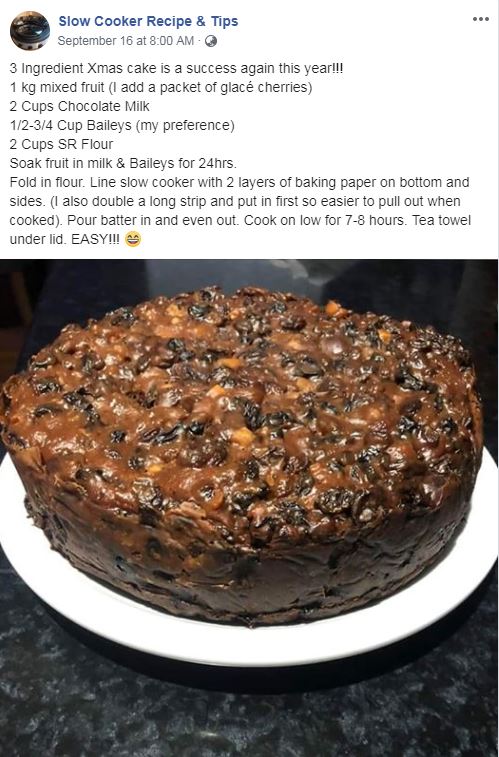 McDonald’s Will Serve Up Cheeseburgers For Just $1 Tomorrow