KFC has created an ungodly new recipe that’s having us checking the calendar to see if April 1 has come around again for a second run.

“Trust us when we say this will be the most ludicrously delicious treat,” KFC urges but look, I dunno… these sorts of crazy taste combos is exactly why I have trust issues.

The cupcake was created as part of the new Kentucky Fried Cookin’ series, where KFC is partnering with a selection of well-known Australian chefs and foodies to make a variety of unique at-home dishes featuring KFC menu items throughout 2021. 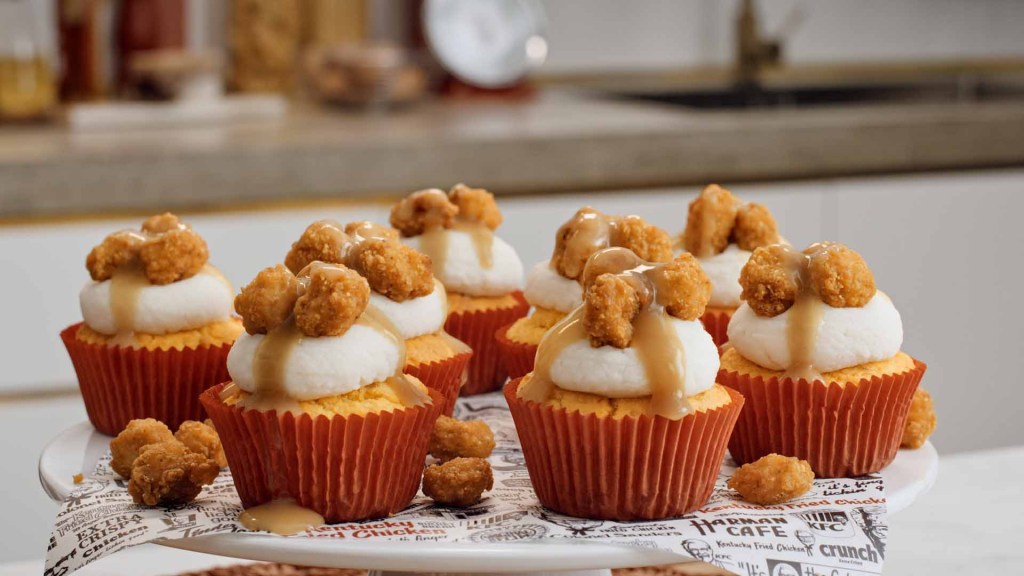 Anyway, back to this cupcake.

We promised a recipe, so here ya go…

For the cornbread cupcakes:

Want more? Here's a bit we love from Will & Woody – catch the boys weekdays from 4PM on KIIS101.1!
kfc Recipe