Nine years ago Kathy and Brandon Gunn received a wedding gift from Kathy’s Great Aunt Alison which had strict instructions for when the gift could be opened.

The note read, “Do not open until your first disagreement.”

Now I know what you’re probably thinking, nine yeas is obviously a VERY long time to go without arguing in a marriage, and you’re right. 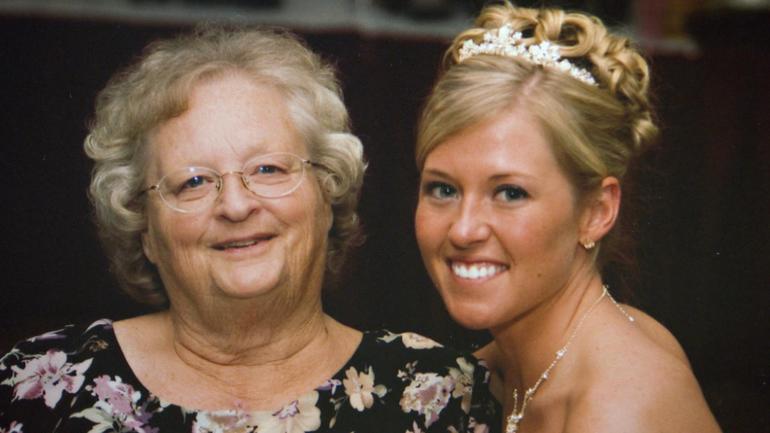 Kathy explained in a Facebook why it wasn’t opened earlier:

“Now, there had obviously been plenty of disagreements, arguments and slammed doors throughout our nine years,” Kathy wrote. “There were even a couple of instances where we both considered giving up … but we never opened the box.”

According to Women’s Weekly, Kathy explained that they were too stubborn to give in to opening it, that they made any disagreement work.

“It forced us to reassess situations,” she says. “Was it really time to open the box? What if this isn’t our worst fight? What if there’s a worse one ahead of us and we don’t have our box?!? As my Great Uncle Bill would say, ‘Nothing is ever so bad that it couldn’t get worse.’” 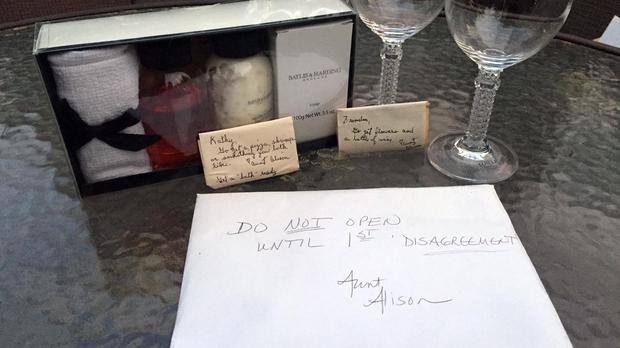 With this the couple waited, until one day they were looking for gift ideas for a wedding and thought instantly of the gift they were given.

So breaking the original rule, they decided to open it to find inside;

Two notes wrapped in cash. One for Kathy which instructed her to use the cash to buy pizza, then start a bath. The other note was for Brandon and instructed him to use the money in the box to buy flowers and wine.

Kathy explains her thought on this unusual gift:

“For 9 years (and three moves) that box sat high on a shelf in various closets gathering dust, yet it somehow taught us about tolerance, understanding, compromise and patience. Our marriage strengthened as we became best friends, partners, and teammates. Today, we decided to open that box, because I finally had a realization. I realized that the tools for creating and maintaining a strong, healthy marriage were never within that box – they were within us.”

The lesson from this, that Great Aunt Alison was providing was that healthy communication is an important too as a couple.

Do you think this was worth nine years of waiting for?

How This Mum's Intuition Saved Her Baby During An Earthquake

Remember The Dress? We Don't Know The Colour Of These Thongs