Aniseed lovers across the country are about to have their prayers answered with Allen’s announcing that they will be bringing the famous Black Cats lollies to shelves in their very own bag.

The cat-shaped lolly was developed in 1961 and added to Allen’s Party Mix packets, alongside bananas, milk bottles, strawberries and cream, frogs and snakes.

From March 4, Woolworths customers can grab themselves aniseed-flavoured Black Cats for just $2.95.

Over the years, the classic Aussie treat has developed a cult following with Black Cats fans taking to social media and lobbying for the lolly to take centre stage. 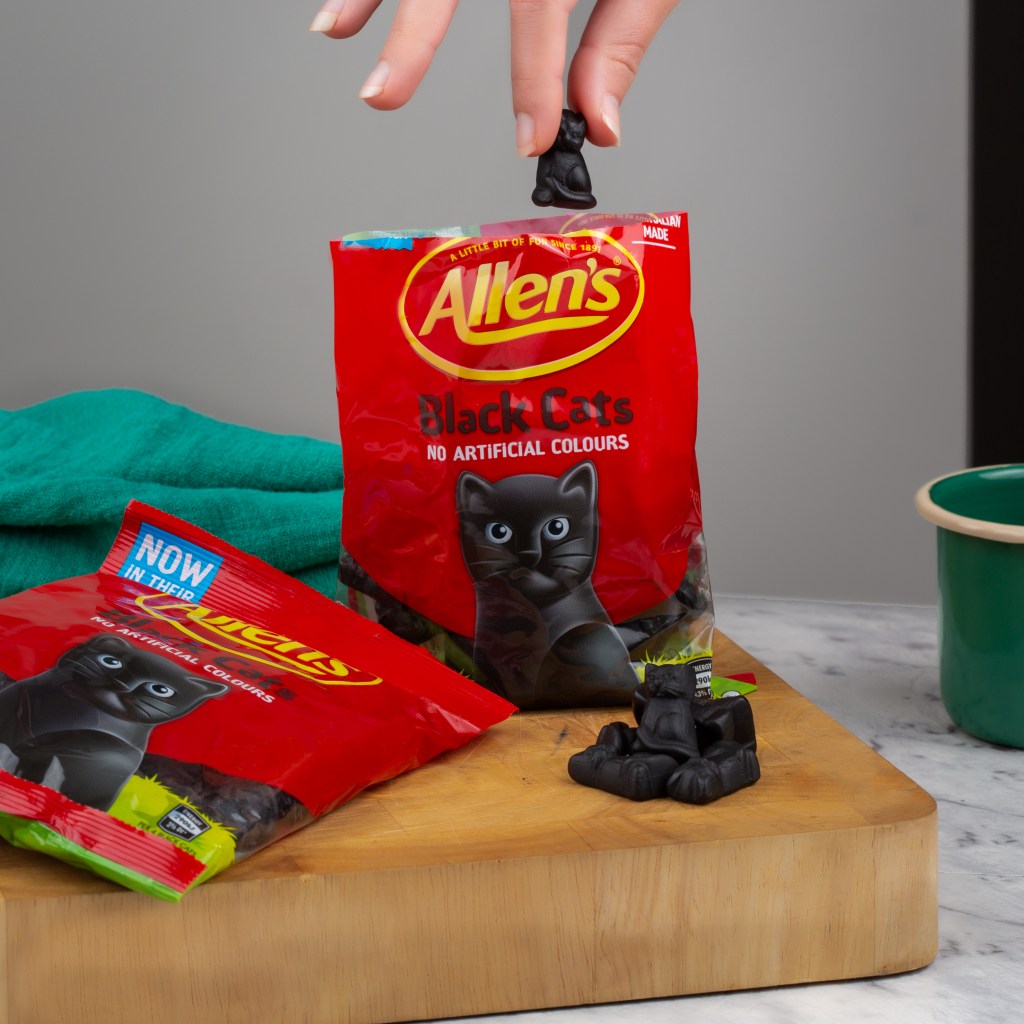 “They are, without a doubt, the number one lolly that fans have wanted in solo packs,” Nestlé Head of Marketing Confectionery Joyce Tan said.

“We’ve followed the social media movement that has connected aniseed lovers nationwide, creating a unique community that are mighty, loyal and passionate about their lollies.

“We’ve heard their cries and are honoured to give the Black Cats Gang and all Black Cats lovers across the country what they’ve asked for.”

People Have Gone Bezerk Over These New Potato Bakes From Aldi