An Airbnb room for rent in Brooklyn, New York, has gone viral after a guest shared a video of the ‘ridiculous’ space on social media.

The since-deleted listing described the $27-a-night ($AU40) room as: Economy Brooklyn Space for your NYC Adventure! and “ideal for backpackers and other budget travellers who are comfortable sleeping on a self-inflating camping pad with another camping pad underneath.”

Shortly after arriving at the property where she booked the room, Zoe, from the UK, posted to social media with the caption: “Look at my Airbnb room in Brooklyn looooool”.

It was, essentially, a cupboard under the stairs with a thin camping mattress, a doona and a pillow.

“Did you get an owl and an acceptance to Hogwarts as well?” one tweeted, while another said “It’s more like a coffin.”

She later posted that the ‘room’ didn’t have a power outlet and it wasn’t exactly clean.

“Update – Just got back in and tested the bed. Let’s just say it’s quite hard but maybe it’ll crack my back for me,” she wrote.

“Also the sheets and pillow aren’t clean but thankfully I brought a sleeping bag liner with me (I always travel with it) so will just use that instead.”

The 26-year-old went on: “I find it so funny how so many people are angry on my behalf about the room/cupboard. It’s genuinely fine for me minus the dirty sheets and lack of plug socket (and they could have cleaned it a bit better). 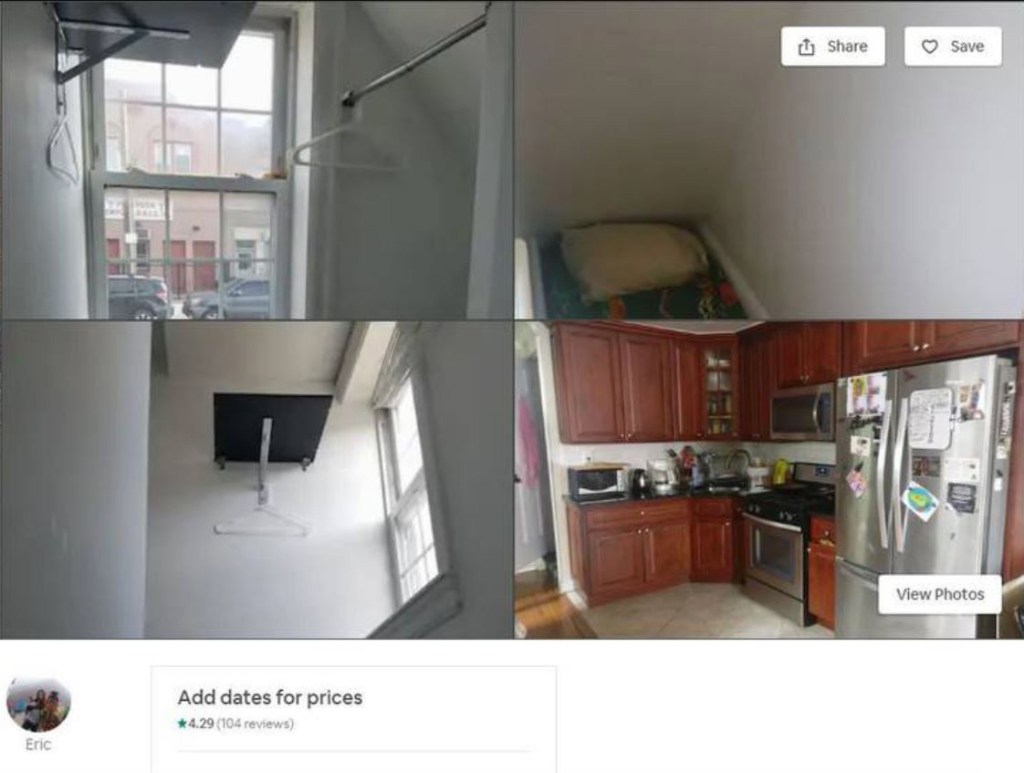 The room as it was advertised on Airbnb. It’s since been deleted.

Her final update was after a conversation with the Airbnb host.

“Found out he normally does the cleaning and stuff properly himself, but he was out of town and the guy he’d asked to do it didn’t do it.”

She said her host told her where she could find clean sheets and refunded the cleaning fee.

Weirdly, reviews of the space were pretty positive, with the property receiving an average rating of 4.29 out of 5.

Want more? Here's one of our fave moments from Jase & Lauren – they’re always up to something! Weekdays from 6AM on KIIS 101.1!
airbnb viral story