Lowe subsequently took to the Greater Wynnewood Exotic Animal Park Facebook page, writing: “Doesn’t this look like a voluntary forfeiture? I no longer want to exhibit animals to the public.

“We have been contemplating this for weeks. I will still allow my lawyers to prove the USDA is dead wrong. And BTW, the USDA didn’t take my license. They issued a 21 days suspension. Day 22, I could open right back up if I wanted. I don’t want to. The animals are now in private hands and will remain in private hands.” 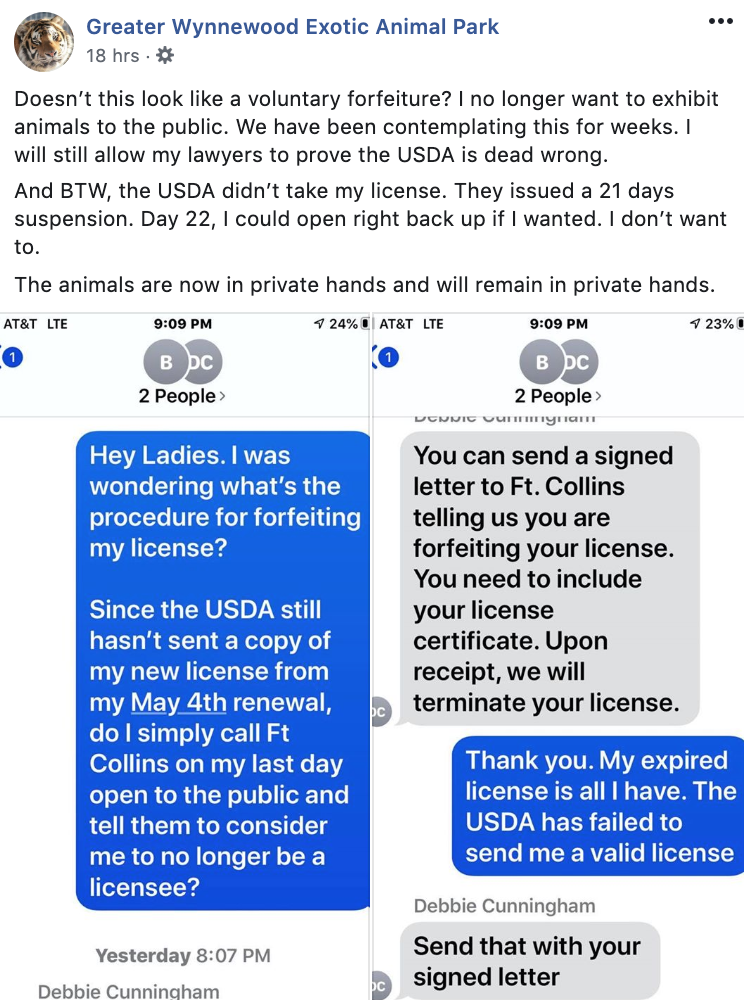 PETA Foundation Deputy General Counsel for Captive Animal Law Enforcement Brittany Peet said: “Jeff Lowe’s license has been suspended, a permanent revocation should be next, and his tiger-terrorizing days may soon be over.”

Back in May, rival operator Carole Baskin was granted ownership of the park after a federal judge ruled that its previous owner Joe Exotic – currently serving a 22-year prison term for crimes including a plot to kill Baskin – had fraudulently transferred ownership prior to Lowe taking over.

Love this? You’ll love this bit from Jase & PJ – they’re always up to something. Weekdays from 6AM on KIIS 101.1