Recently this photo of a group of ladies having a drink was posted to Reddit. 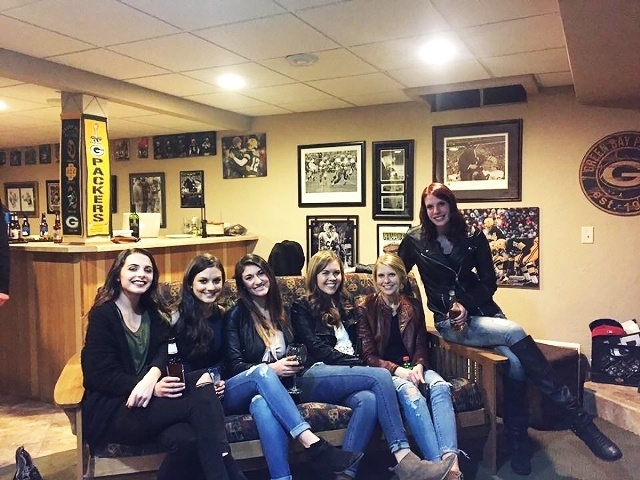 And that, friends, is why the internet is going bonks over it.

I originally thought that the second girl from the left’s legs were stuffed down the back of the couch, and then I remembered I am a rational person and why would they do that.

But while the internet had questions, it also had answers.

Look at the bare kneecap on the left.

That is actually the knee of the “legless” woman she blends in perfectly with the all-black legs of the woman on her right, who is sitting much more forward on the couch than the others. Further, the bare ankle on that bare kneecapped leg stops halfway across because it’s actually two legs and not one.

Women are also pretty good at contorting and tilting their hips during couch-based photos, if anything, this is proof of that.