If these images of horses diving into water from great heights rattled you, you’re not alone. The horses are shown jumping from almost vertical heights and look frightened in most photos. So, what’s the story? 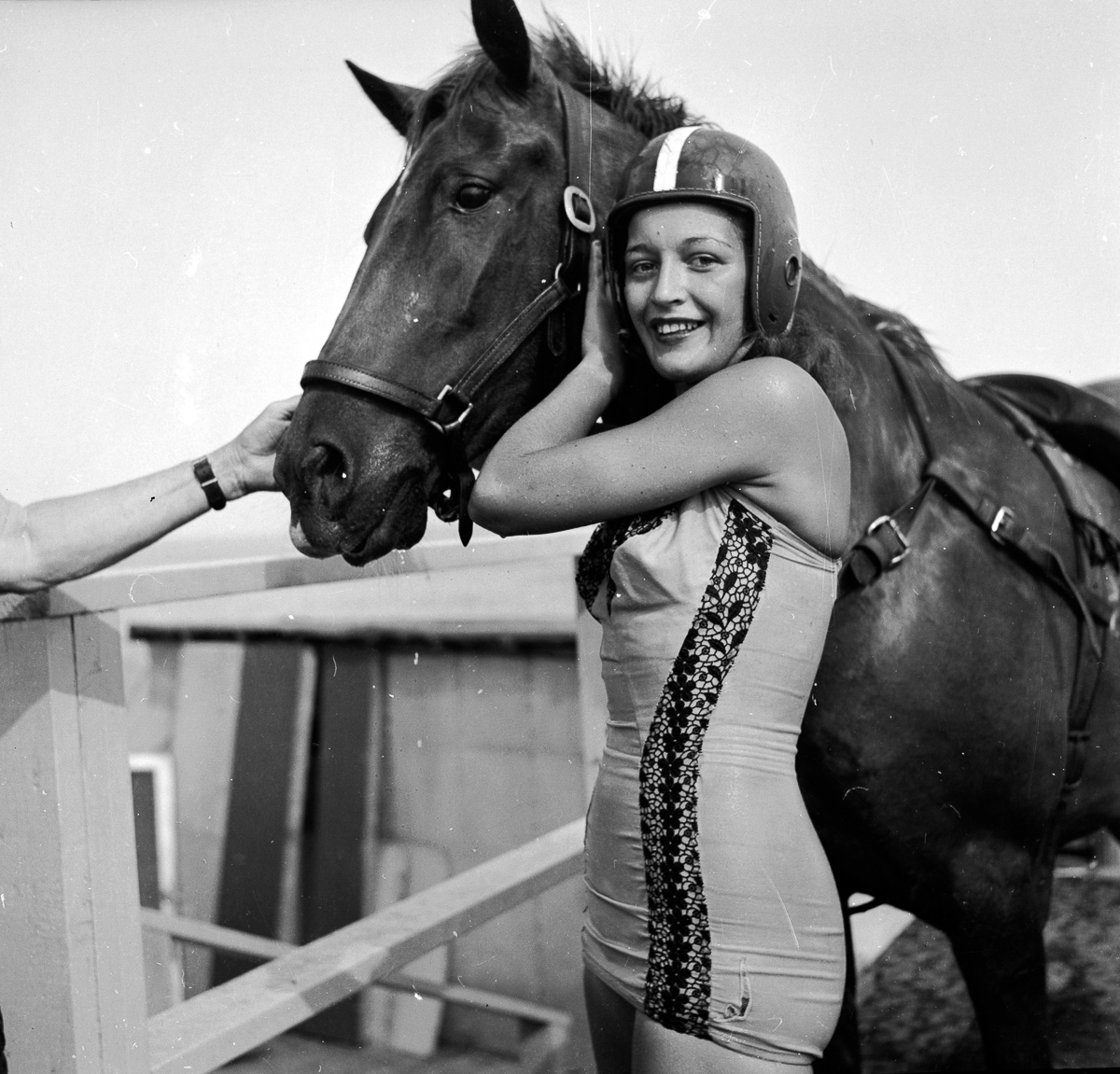 According to a report on Mashable, William “Doc” Carver, who was travelling with his own Wild Wild West show, claimed that he got the idea for a horse diving show in 1881 when a horse he was riding over a collapsed bridge leapt into the river below. 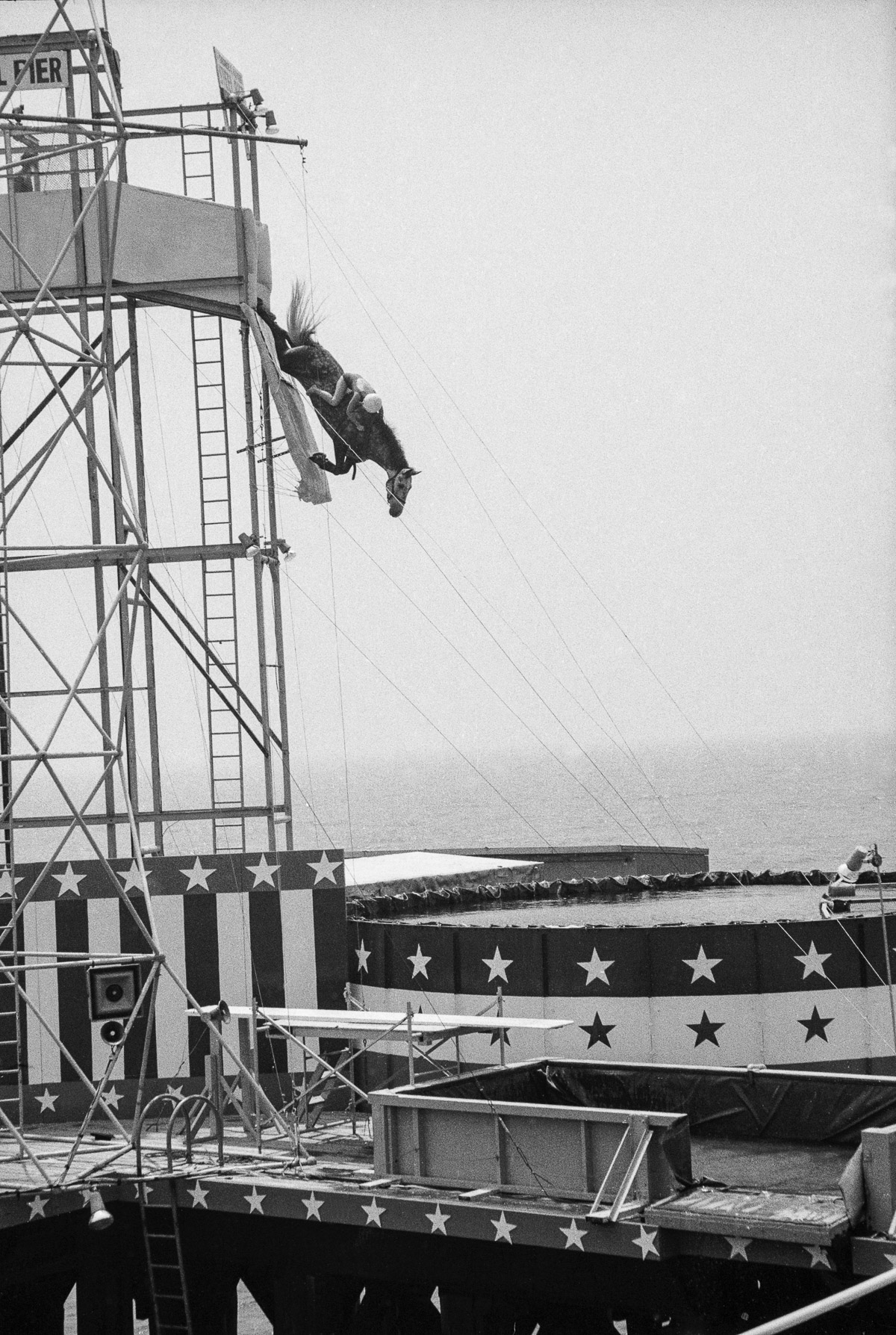 Carver then developed an act where a rider and a horse would dive head first into a pool of water from a platform poised 40 feet in the air.

The show drew huge crowds wherever it was performed. 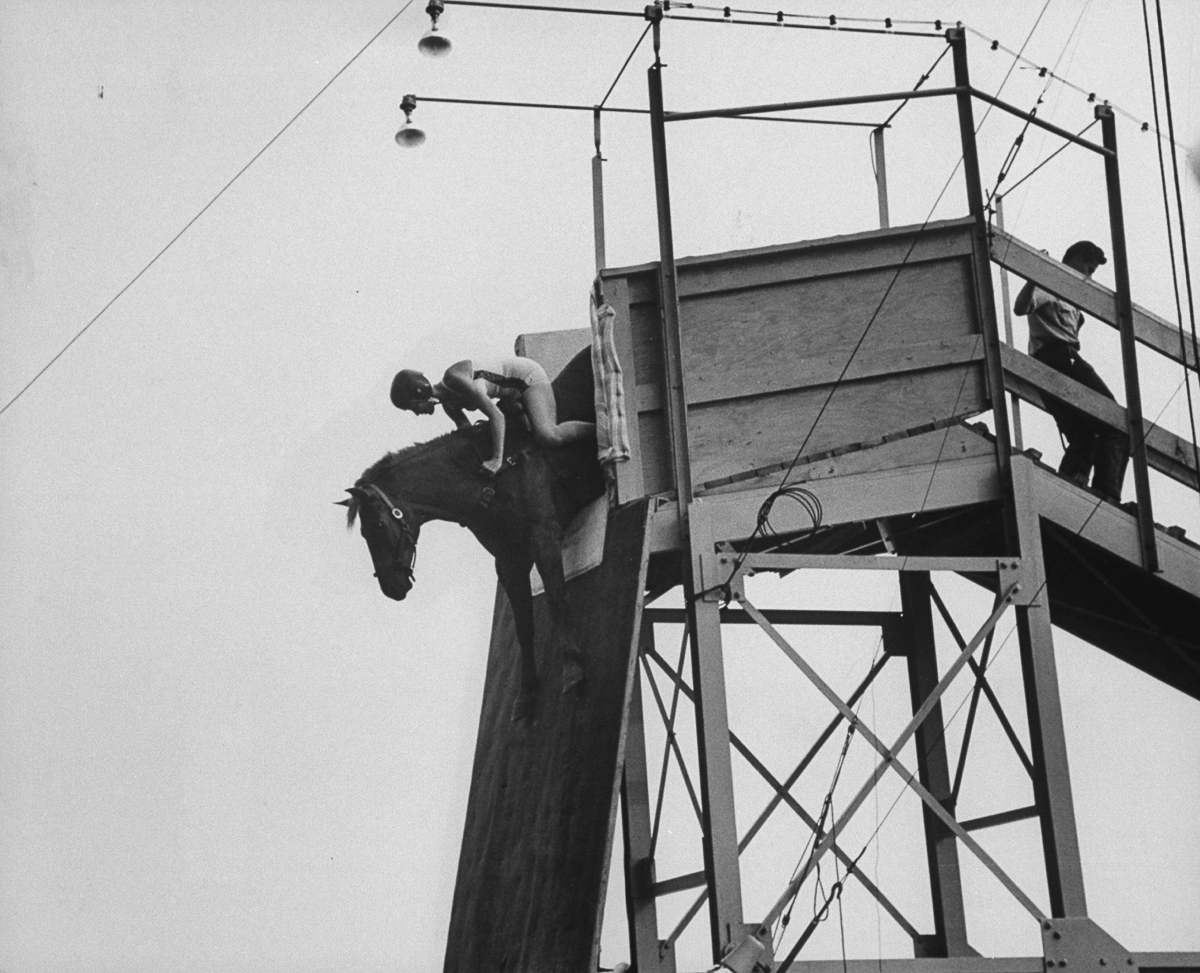 A woman, Sonora Webster joined Carver’s show in 1924 as a horse jumper and eventually married Carver’s son. After Carver senior died in 1927, they took the show on the road, settling in New Jersey, where the show was wildly successful.

In 1931, Sonora was tragically permanently blinded by a botched jump. She was hardly discouraged, though. Her blindness simply enhanced the spectacle of the show – and she continued to dive for another decade. 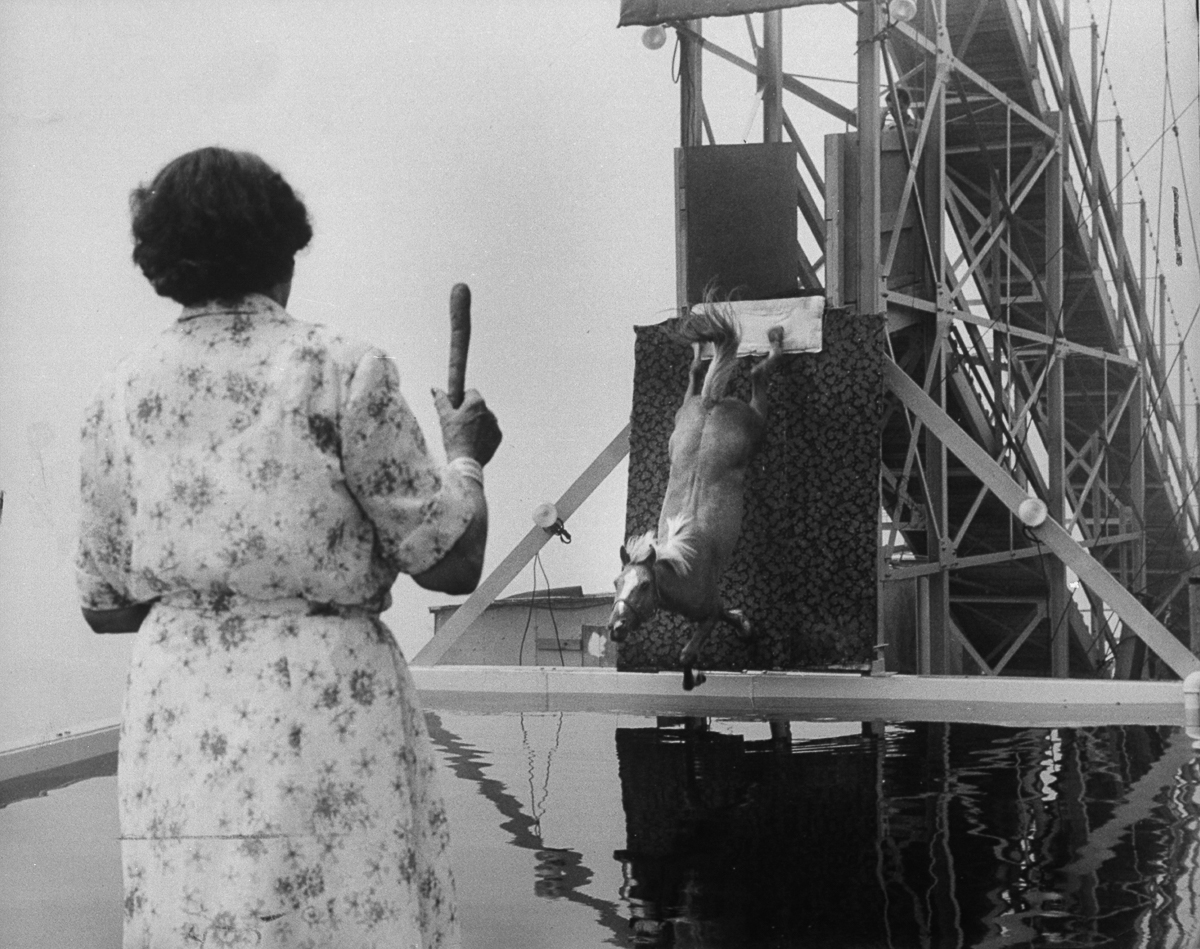 Over the years, concerns over animal wellbeing resulted in a decrease in show popularity in the second half of the 20th century. 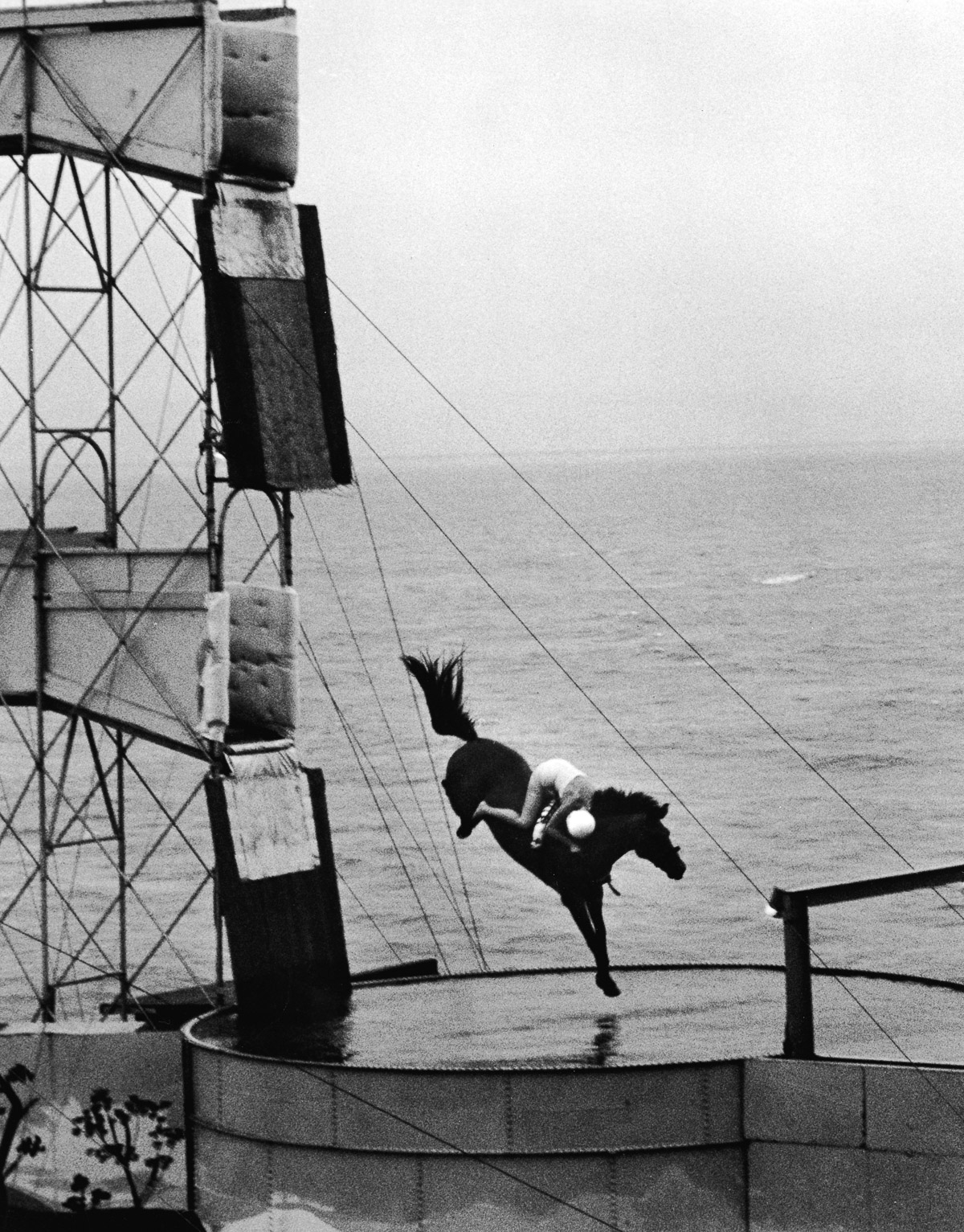 Still, the horse diving show continued into the late 1970s before being shut down due to the decaying conditions.