Have you ever turned on the radio, heard a news bulletin and thought to yourself, “I could do that”.

Applications are open for the 2020 Brian White Scholarship, an intensive eight-week paid internship which will see recipients placed into some of the biggest radio newsrooms across the country and immersed in the process of creating and crafting news bulletins.

It’s open to communication, media, journalism and media students who are in their final year of study and who (of course) have a passion for  the wireless.

The recipient for 2017, Rachel Storer, said she owes her current career success directly to the scholarship.

“Oh, beyond a doubt,” she said. “I met people in the industry that would have taken me years to connect with.”

Storer is keen to share her story as she says she entered the scholarship thinking she had “little to zero chance of winning”.

“There were other 10 participants who took part in the workshop and they all seemed to have more experience in radio,” Storer said.  “I felt like I was out of my league”.

But what she lacked in experience, she made up for in passion.

“I grew up in country NSW and we always had the radio on, so I’ve always known I wanted to get into it,” she said, adding that she believes her passion for the medium is what helped her stand out.

“I remember walking away from the workshop with the finalists thinking that was more than enough as I had learned so much already. So to get the call that I had actually won the scholarship was amazing,” she said.

Within the first 10 minutes of her placement, Storer says she was out on the road covering a story and before the day was out she’d recorded a report which was played across the Nine Radio Network (formerly Macquarie Media).

“I was immediately put to work and I was doing everything all the other journalists were doing,” Storer said. “I was asked to make things broadcast-ready, and it if was good enough it would be put the air. It was just so great … everything I thought it would be.” 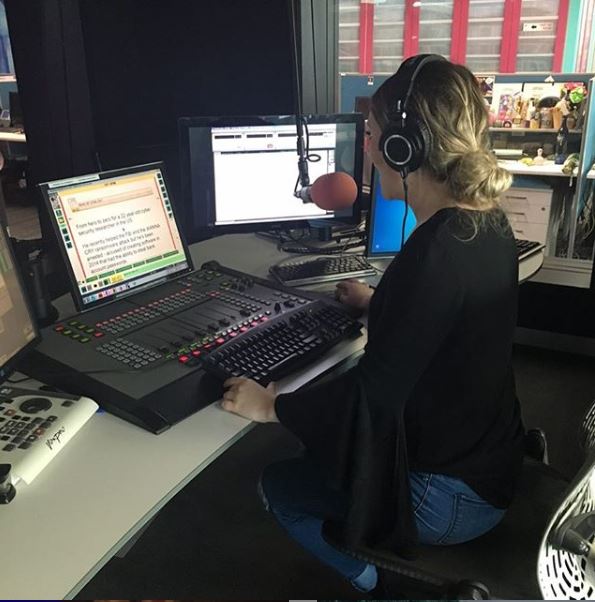 Storer then went from AM (“where everything was so serious”) to FM where her first interaction was none other than a former One Directioner.

“I walked into the ARN studios and it was just so full of colour and fun,” she recalled. “I remember waling through the halls and then suddenly there was Niall Horan,” she laughed.

Buoyed by the knowledge she’d gained from the scholarship, Storer was encouraged by a friend to apply for a breakfast newsreader role at Hit106.9 in Newcastle, which she ended up landing. After a year-long stint there, she was head-hunted by Australian Radio Network News Director Deborah Clay to take up the role of workday journalist across the GOLD and KIIS networks in Melbourne.

For Storer, it was a no brainer.

“I’m young and I don’t have a family so I immediately said yes,” she said. “It has been the best experience and I would encourage anyone who loves radio to go for it”

Want more? Here's one of our fave moments from Jase & Lauren – they’re always up to something! Weekdays from 6AM on KIIS 101.1!
radio scholarship