Usher recently announced that he is heading to Las Vegas in 2021 as the star will perform for fans during his headlining residency at The Colosseum at Caesars Palace.

The multi-talented recording artist opened up about what fans can expect from the “immersive” show, as well as teased his forthcoming new album backstage during the 2020 iHeartRadio Music Festival.

Speaking to iHeartRadio’s Sisanie backstage, Usher explained of the residency:

“It couldn’t have come at a better time. As people are anticipating being able to get back into the flow of things, going to shows, I felt what better moment than to do it now, us coming out of this quarantine, and then being able to take all of what I’ve done in my life and be able to put it on the stage that I just waited and waited and waited and waited to be able to be on. So many incredible artists, classic legacy artists, have chosen to go to Vegas. Me, I get a chance to bring everybody from all over the world to be able to share this moment with them. I’m going to make it as immersive as I possibly can and try and break a few barriers, try some different things. Maybe I can explain older records and the inspiration for them. And I always try to find ways — well, Vegas allows you to be able to pull all those worlds together, being able to do acting, art, all of it together. So I’m trying to figure out a way to do something really immersive and give you the hits at the same time.”

He added, “It is one of the greatest accomplishments of life. It’s like, to say that you finally made it to Vegas, you know, legacy artists of our time have made it there and made it big there. Whether it was Elvis [Presley] or Fred Astaire, Frank Sinatra or whoever, so many incredible musicians, so many incredible comedians have been able to go there. So I’m just really happy to be able to say that I’m playing in the same [venue] that Celine Dion just was, and now it’s my turn to do my thing at the Coliseum.”

Usher’s Vegas residency kicks off in July 2021 and will continue throughout the month, with several more dates in December, and wrap up on New Year’s Day in 2022. 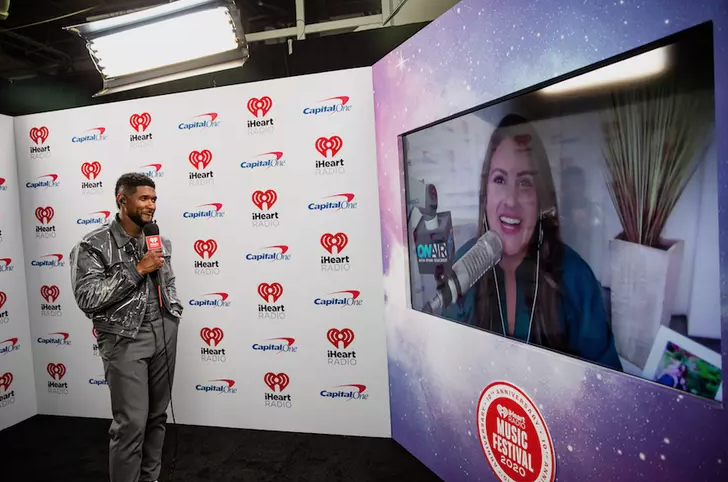 Usher also opened up about his upcoming new album, which will follow Hard II Love. He teased that the project could be coming later in the year. Usher explained:

“I have been working on it for the last two years, and as I’ve now arrived in this place, I’m ready to offer the beginning of the stories, the beginning of where I was and when I was experiencing what and why I’m able to be in this very happy place that I’m in. So, ‘Bad Habits’ is the beginning of it. The album, hopefully coming later this year; I’m not putting too much pressure on myself, but what I am doing is making an offering. It’s the art to me. When it speaks to me, I feel like it’s ready, I go with it. I offer it the way that it comes to me.”

Article by: By Taylor Fields

Photos: Wes and Alex for iHeartRadio