E! Online has shared a bunch of spicy news about the upcoming season of ‘You’ and honestly, get excited.

Apparently, the ‘higher ups’ at Netflix have revealed they expect the new season THIS YEAR.

So in the next 8 months, we’ll FINALLY get new episodes of the iconic show!

I don’t know if you remember but we left Joe and Love in the suburbs expecting a baby with Joe’s wandering eye beginning an infatuation with the neighbor.

Don’t forget, Love is also crazy and a murderer, and Joe hasn’t changed one bit.

Showrunner Sera Gamble has tweeted some exciting stuff, bragging about how awesome the cast and crew have handled the global pandemic.

We had zero on-set positive COVID tests through a significant and scary surge here in LA. And haven’t had one since.

Because every single member of cast & crew worked very hard to take care of each other during a time that’s stressful, in a situation that’s tough to control.

Good for them, but the tastiest part? Apparently, the episodes are going to be INSANE.

(Also, the episodes are fucking bonkers and the performances are insanely good. That’s all I’ll say about that till we are ready to talk about the new season.)

I just shivered in anticipation.

Have you met the cast?

With every season changing location and thus characters, season 3 will be in the suburbs and we’ve got a whole new cast to get to know and love and cry over.

Michaela McManus (One Tree Hill) will be playing ‘Natalie’ aka. The Neighbour.

Natalie is in the unfortunate position of being the subject of Joe’s next obsession.

She’s married to a very successful and powerful man and is herself very driven in professional and social achievement.

She’s smart enough to separate herself from the eerie suburban ‘Stepford Wife’ culture and Joe finds her… fascinating.

Next up we have Tati Gabrielle (Netflix’s Sabrina) playing ‘Marienne’.

Marienne is a super-smart librarian who doesn’t take anyone’s shit.

She also lives in the suburbs and her own history and personal struggles separate her from the entitlement of the other residents.

She has to focus on creating the best life she can for herself and her child.

We’ve got Dylan Arnold (After We Collided) as Theo, a drug addict college student who is perceptive but troubled with his own relationship with his stepfather.

Chris O’Shea (Madame Secretary) and Bryan Safi (Young & Hungry) will be playing as Andrew and Jackson, the couple is inside the ‘inner circle’ of the suburbs clique.

They’re in love and apparently, we’re gonna love them!

Shannon Chan-Kent and Christopher Sean (Days of Our Lives) and Kiki and Brandon.

Kiki will be part of our resident ‘mean girls’ in the suburban wife clique, she is the perfect wife, mother, and life coach and seems to have everything together.

Brandon is a stay-at-home dad who made his millions in his 20’s in tech.

Mackenzie Astin and Ayelet Zurer as Gil and Chandra.

This couple are going to be my favourite, where Gil is a geology professor who is sweet, friendly and naive and Chandra is a seasoned couple’s therapist who’s ready to unravel people’s minds.

Ben Mehl as Dante, another librarian with damaged eyesight from being a vet who is a 10/10 family man and adores children. 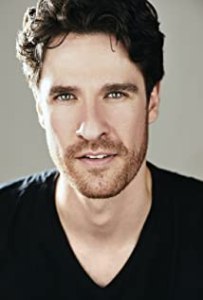 Travis Van Winkle (Transformers) as Cary, a self-proclaimed ‘Master of Self-Optimization’, his own boss who runs a health supplement company and befriends Joe.

The warm and relatable woman that her social media followers adore and the mean girl that runs the social games and is threatened by Love joining the community.

Just because he can’t communicate doesn’t mean he can’t feel.

Scott Michael Foster as Ryan, a local TV reporter who’s friendly on the surface but has a darker side to him.

Kylie & Dannii Minogue Have Been Announced As Special Guests On RuPaul's Drag Race!

Friends! The Musical Is Extending Its Melbourne Run

Jase Commits To A Lego Portrait From Brickman... But Can He Afford It?