A charity shop in the UK has asked women to stop handing in second had copies of everyone’s favourite steamy novel Fifty Shades of Grey.

An Oxfam shop in Swansea, South Wales, has received so many copies of the E.L James novels, it has been forced to say ”Please – no more”.

The shop has been inundated with ”literally hundreds” of the books they have been forced to hand them over to a warehouse where they will be sold online or recycled. 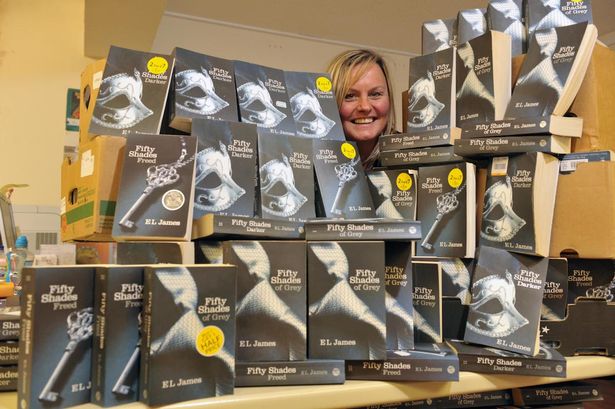 First Shades of Grey, tells the story of a dark sexual relationship between Anastasia Steele and Christian Grey, has sold more than 125 million copies worldwide and has been made into a film starring Jamie Dornan and Dakota Johnson.