Let’s face it, they are both gorgeous, fiery red-heads with talent in spades.

But when their own friends and family can’t tell them apart, it’s a little concerning. 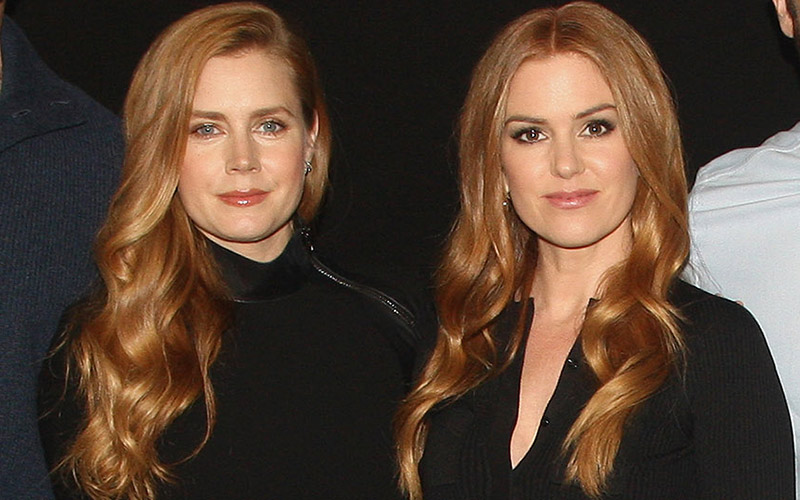 Thankfully, Isla of all people knows how to laugh at herself and turn lemons into lemonade.

The 40-year-old was on the Today show promoting her new movie – Nocturnal Animals, which ironically also stars Adams – when she shared a prank that she once played on her inner circle.

One year Isla and her hubby Sasha Baron Cohen sent out a Christmas card to their family and friends with one major flaw – Isla had superimposed Amy’s face over her own.

Her friends instead complimented their little family on a gorgeous photo…

(PS Isla, if we could be added to that mailing list we would be forever grateful – could you imagine the laughs!)

While we’re talking Isla and her comic genius, she also revealed another bombshell while on the Today Show.

There is (almost definitely) going to be a Wedding Crashers 2!

Vince Vaughn ran into Fisher at a party recently and confirmed the sequel and Isla is keen.

What would John (Owen Wilson), Jeremy (Vince Vaughn), Gloria (Isla Fisher) and Claire (Rachel McAdams) be up to a decade later?

We can’t wait to find out!