Episodes of The Simpsons are like any other show, they’re numbered, given their own identity and then archived after they air.

However, sometimes writers and producers get it wrong – very wrong – and something they thought should air, doesn’t, for whatever reason.

When I heard rumours of a forgotten Simpsons episode where Bart DIES, I didn’t quite believe it.

The Simpsons is many things, but dark? No. Never.

‘AceOfSpadesDeathTrap’, a member of forum IGN explains it:

“You know how Fox has a weird way of counting Simpsons episodes?

They refuse to count a couple of them, making the amount of episodes inconsistent. The reason for this is a lost episode from season 1.

Finding details about this missing episode is difficult, no one who was working on the show at the time likes to talk about it.

From what has been pieced together, the lost episode was written entirely by Matt Groening. During production of the first season, Matt started to act strangely. He was very quiet, seemed nervous and morbid.

Mentioning this to anyone who was present results in them getting very angry, and forbidding you to ever mention it to Matt.

I first heard of it at an event where David Silverman was speaking.

Someone in the crowd asked about the episode, and Silverman simply left the stage, ending the presentation hours early.

The episode’s production number was 7G06, the title was Dead Bart.

The episode labeled 7G06, Moaning Lisa, was made later and given Dead Bart’s production code to hide the latter’s existence.

In addition to getting angry, asking anyone who was on the show about this will cause them to do everything they can to stop you from directly communicating with Matt Groening.

At a fan event, I managed to follow him after he spoke to the crowd, and eventually had a chance to talk to him alone as he was leaving the building. He didn’t seem upset that I had followed him, probably expected a typical encounter with an obsessive fan.

When I mentioned the lost episode though, all colour drained from his face and he started trembling. When I asked him if he could tell me any details, he sounded like he was on the verge of tears.

He grabbed a piece of paper, wrote something on it, and handed it to me. He begged me never to mention the episode again.

The piece of paper had a website address on it, I would rather not say what it was, for reasons you’ll see in a second.

I entered the address into my browser, and I came to a site that was completely black, except for a line of yellow text, a download link.

I clicked on it, and a file started downloading. Once the file was downloaded, my computer went crazy, it was the worst virus I had ever seen.

System restore didn’t work, the entire computer had to be rebooted. Before doing this though, I copied the file onto a CD.

I tried to open it on my now empty computer, and as I suspected, there was an episode of The Simpsons on it.

The episode started off like any other episode, but had very poor quality animation. If you’ve seen the original animation for Some Enchanted Evening, it was similar, but less stable.

The first act was fairly normal, but the way the characters acted was a little off. Homer seemed angrier, Marge seemed depressed, Lisa seemed anxious, Bart seemed to have genuine anger and hatred for his parents.

The episode was about the Simpsons going on a plane trip, near the end of the first act, the plane was taking off.

Bart was fooling around, as you’d expect. However, as the plane was about 50 feet off the ground, Bart broke a window on the plane and was sucked out. 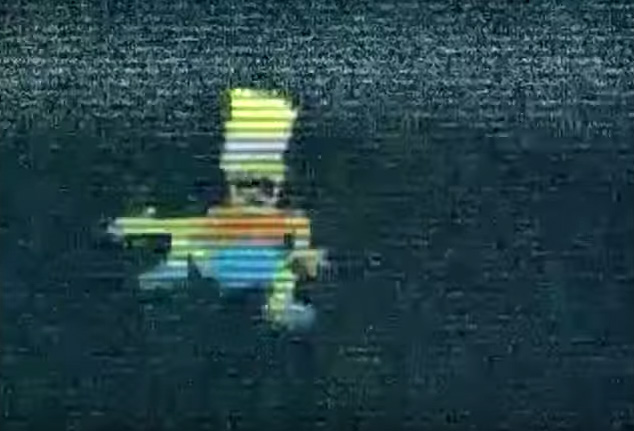 At the beginning of the series, Matt had an idea that the animated style of the Simpsons’ world represented life, and that death turned things more realistic. This was used in this episode.

The picture of Bart’s corpse was barely recognizable, they took full advantage of it not having to move, and made an almost photo-realistic drawing of his dead body. Act one ended with the shot of Bart’s corpse. 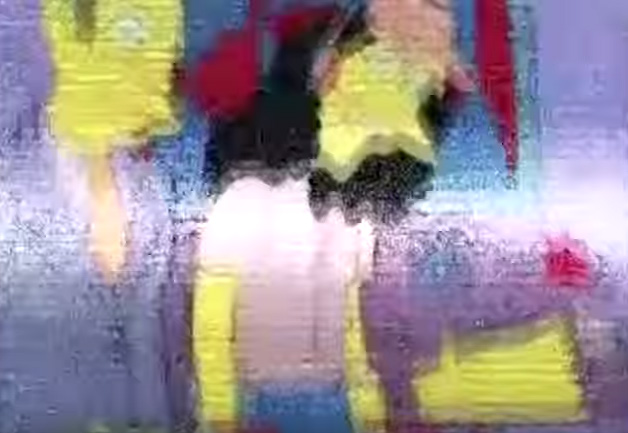 When act two started, Homer, Marge, and Lisa were sitting at their table, crying. The crying went on and on, it got more pained, and sounded more realistic, better acting than you would think possible. 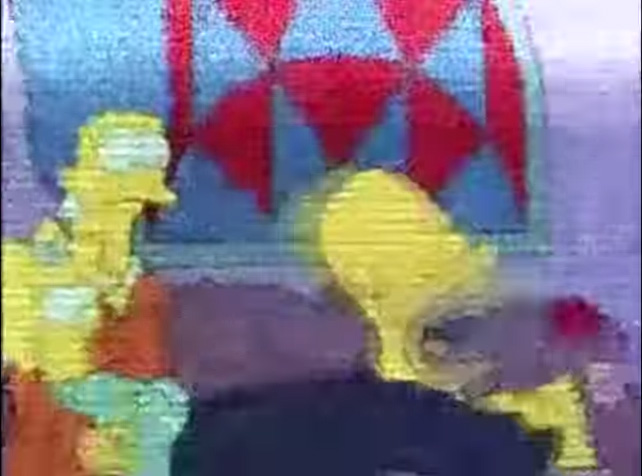 The animation started to decay even more as they cried, and you could hear murmuring in the background. The characters could barely be made out, they were stretching and blurring, they looked like deformed shadows with random bright colors thrown on them. 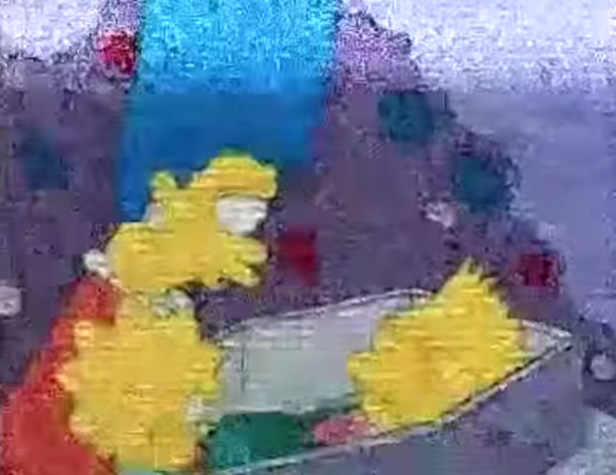 There were faces looking in the window, flashing in and out so you were never sure what they looked like.

This crying went on for all of act two. Act three opened with a title card saying one year had passed.

Homer, Marge, and Lisa were skeletally thin, and still sitting at the table. There was no sign of Maggie or the pets. They decided to visit Bart’s grave. 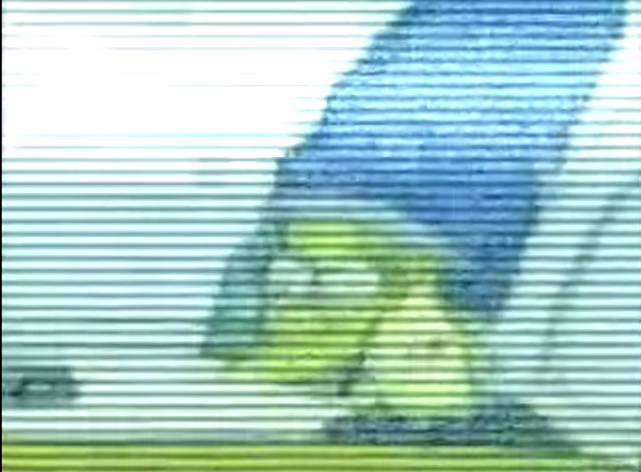 Springfield was completely deserted, and as they walked to the cemetery the houses became more and more decrepit. They all looked abandoned. When they got to the grave, Bart’s body was just lying in front of his tombstone, looking just like it did at the end of act one. The family started crying again. Eventually they stopped, and just stared at Bart’s body.

The camera zoomed in on Homer’s face. According to summaries, Homer tells a joke at this part, but it isn’t audible in the version I saw, you can’t tell what Homer is saying.

The view zoomed out as the episode came to a close. The tombstones in the background had the names of every Simpsons guest star on them. Some that no one had heard of in 1989, some that haven’t been on the show yet.

All of them had death dates on them. 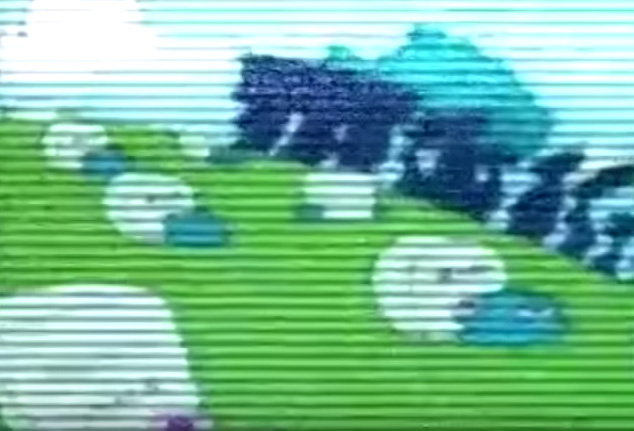 For guests who died since, like Michael Jackson and George Harrison, the dates were when they would die. The credits were completely silent, and seemed handwritten.

The final image was the Simpson family on their couch, like in the intros, but all drawn in hyper realistic, lifeless style of Bart’s corpse.

A thought occurred to me after seeing the episode for the first time, you could try to use the tombstones to predict the death of living Simpsons guest stars, but there’s something odd about most of the ones who haven’t died yet.

All of their deaths are listed as the same date.”