If you’re a fan of The Bachelor, you’ll know that Emily has been portrayed as the kind of prissy, maybe slightly high maintenance one. She seems to be the only one not fighting to get Sam alone, and prefers to wait it out to see if he’ll swoop in and ask to speak to her. 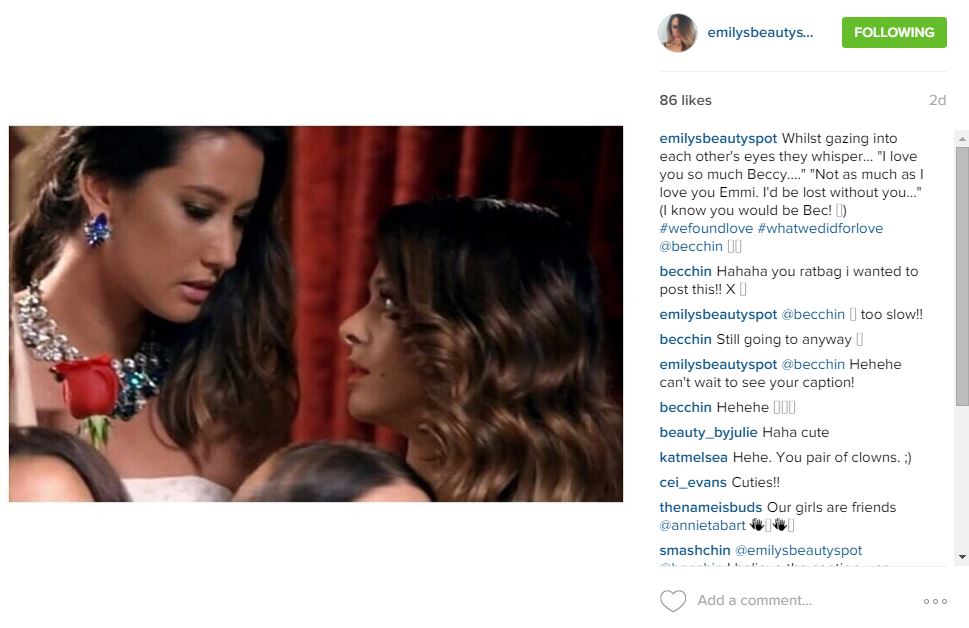 The other girls know she’s beautiful and were more than a little jealous when they saw the sparks flying between the two during a photoshoot where they re-enacted the famous pottery scene from ‘Ghost’.

So, last night Emily waited patiently for Sam to come and collect her during the cocktail party, and once he had her alone, he proceeded to tell her how he thought she was ‘guarded’ and that he thought she’d be a ‘tough nut to crack.’ 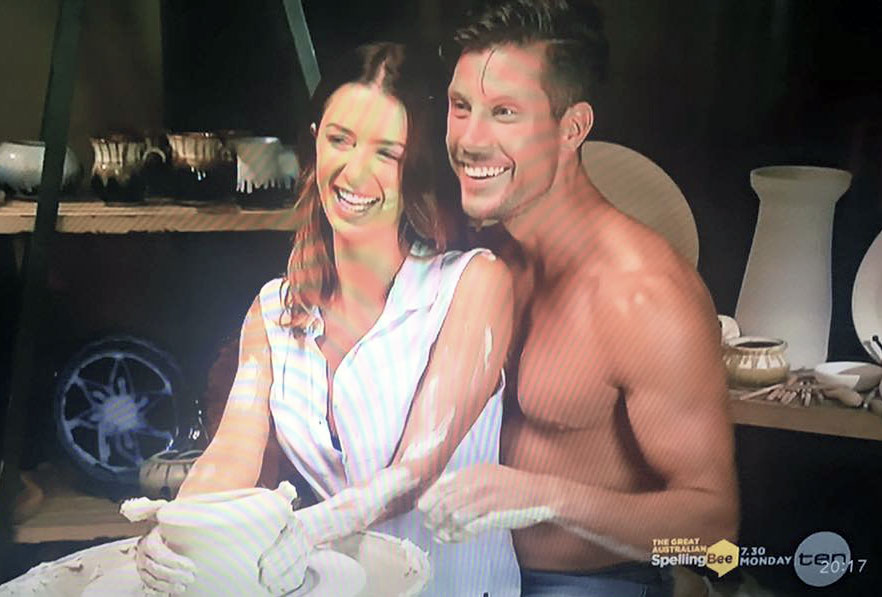 Visibly put off by the comments, Emily asked him why he thought that, as if that wasn’t how she is at all. She then asked if it was because she had never approached Sam, instead waiting for him to approach her. The answer? “Subconsciously, maybe yeah.”

The episode seemed tame enough, however overnight Emily took to Instagram to launch a social media tirade. The gorgeous 32-year-old claims that she has been “unfairly portrayed” on the show and was in tears watching last night’s episode. 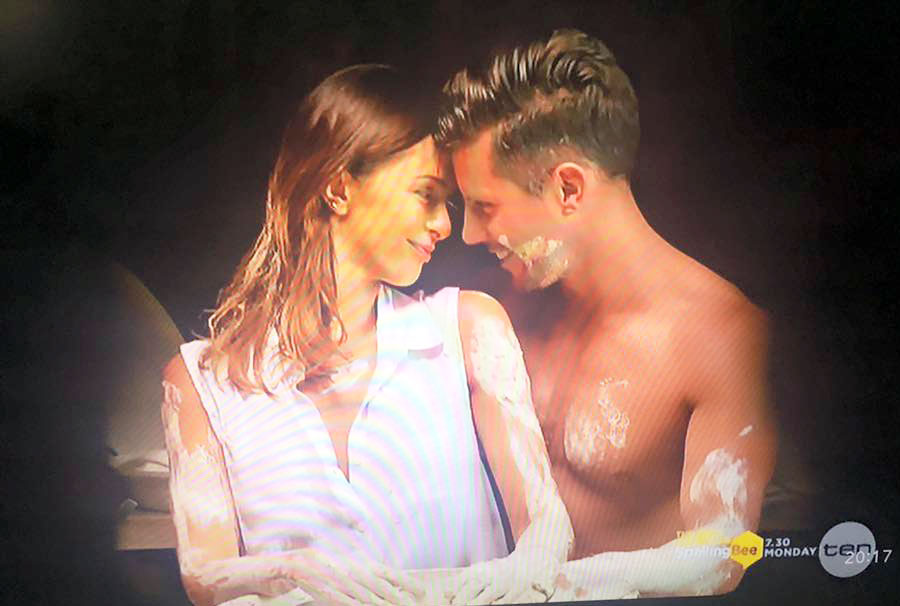 She claims that she’s being portrayed as a bit two-faced and wanted to clear that up for fans.

‘I have been in tears tonight, not because of the nasty things social media trolls are saying (I wonder if any of you would be brave enough to say it to my face?), but because I am a very sensitive, kind and loving person.’ 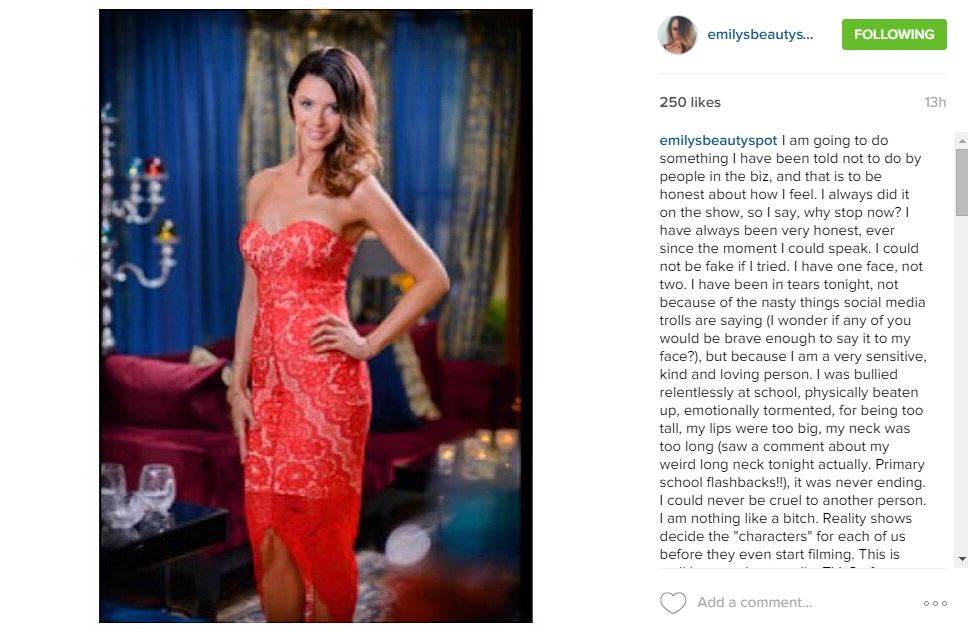 ‘Soooo many hours of footage, and all they choose to show of me is that I found Heather annoying. I am so grateful for the amazing friendships I’ve formed because of this show, and the worst part about being on this show for me so far is to realise how many nasty, unintelligent people there are in the world, who actually believe everything they see on a reality show, and then feel the need to write nasty things about all of us.’ 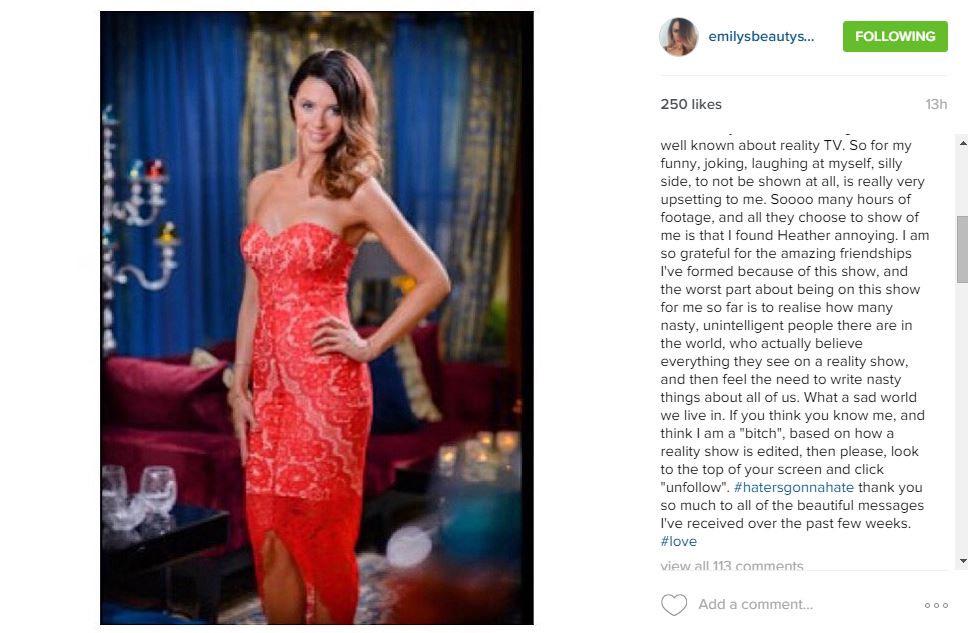 Ouch! We love you Emily!