Could it be true love between Justin Bieber and Selena Gomez?

After Justin posted a throwback photo of them kissing in 2011 on Instagram on Sunday, eagle eye fans quickly discovered that Selena had commented on the photo saying ”Perfect” 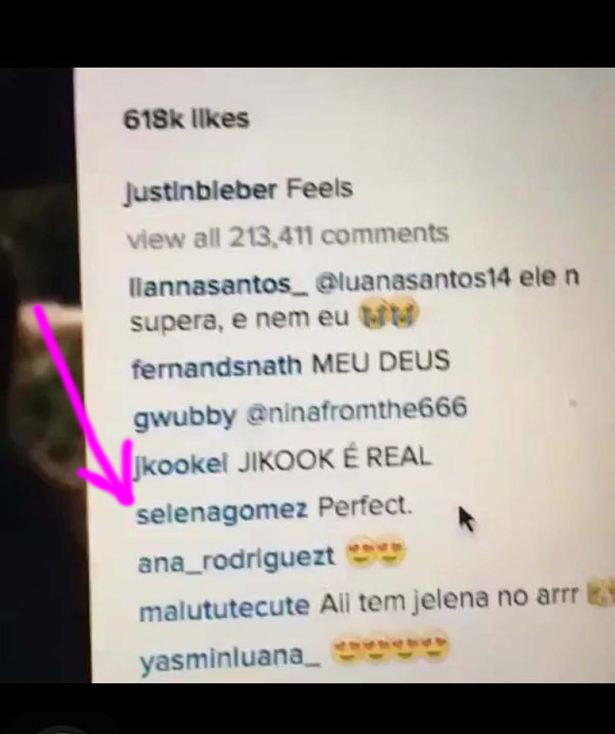 The photo posted by Justin was captioned ”Feels” has gathered 2 million likes and hundreds of thousands of comments, so maybe Selena thought she would get away with commenting!

The pair, who were dubbed ”Jelena” by fans worldwide, dated on and off for three years until their relationship ended for good in 2014. They have since addressed their romance many times, with Bieber saying ”We don’t talk often, but we’re cordial”.

Selena, however, has said ”To me I was 18, I have a boyfriend, we look cute together, we like that. Then I got heartbroken and I cared”.

Justin has moved on since Selena, having dated Hailey Baldwin and Kourtney Kardashian, while Gomez has been dating Samuel Krost.

Well.. if they are commenting like that, theres a small hope that they could get back together.