The New Zealand actor and singer best known for playing the redhead heart throb “Archie Andrews” on the popular CW series Riverdale will be making an appearance at this year’s Oz Comic-Con.

He joins an ever-expanding list of film and TV guests including Marvel Star Hayley Atwell (best known as “Peggy Carter” in Captain America), and Aussie Actor Keiynan Lonsdale (featuring in both The Flash series and the iconic film Love, Simon). 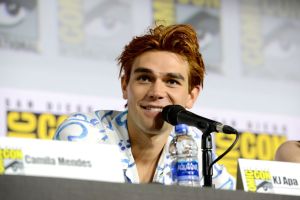 The 22-year-old will be appearing at the Sydney Oz Comic-Con from September 28 – 29, tickets for the event can be purchased here.