Remy Hii grew up watching Spiderman and begging his parents to buy him the comic books, but had no idea which role he would be playing in the film Spiderman: Far From Home until he had signed the contract and flown to London! Playing the 16 year old antagonist Brad Davis in Peter Parker (Tom Holland)’s love triangle with MJ (Zendaya) ended up being a lot of fun for him, as the 35 year old calls himself “a big kid at heart”.

Although he does get recognised by fans as “Brad, the douchebag from Spiderman“, he has a soft spot for the character, saying that Brad was only looking out for MJ’s best interests regarding Peter, who’s “a weird dude doing all these shady things and shouldn’t be trusted by someone like MJ”. He’s very excited to be part of the Marvel multiverse and would love to return to the character!

Hii can also currently be seen playing one of Vanessa Hudgens’ three love interests in The Princess Switch: Romancing The Star on Netflix. He describes Hudgens, who not only played three separate roles in the film but also produced it, as “a pocket rocket, incredibly hardworking and so much fun to be around on set”.

Half Chinese, half English Hii loved playing the cool, suave Peter Maxwell, not just because he was “wealthy and good looking with fast cars and high tech gadgets that can break into places”, but also to be able to bring that level of representation for kids who are watching and thinking “I could be that person too” was really important to him. Growing up in Australia, he always felt like there was a huge lack of representation on screen, and mentions a huge part of his career was “trying to break down those doors that seemed really locked shut”.

Hii won the Graham Kennedy Most Outstanding Newcomer award for his moving portrayal as Van Tuong Nguyen, the Australian executed for drug trafficking, in the true story Better Man. He is still proud of the recognition that story received as it was a story the needed to be told. Hii has really enjoyed being back home the past couple of years and will be hanging around Oz a bit longer, as he starts filming the second season of ABC’s Aftertaste in Adelaide. He also hopes to return to theatre as he loves the connection it gives him to audiences.

He’s very excited about Comic-Con, describing the Sydney event as “a ball’. He loves that everyone has a smile on their face and loves being surrounded by the passion and creativity of fans, in particular cos players. He divulges that during breaks in his schedules, he throws on a hat and sunnies and takes photos with his favourite cos players, so you never know, he could come find you this weekend!

If you’d like to find out his obviously effective skin care regimen, or what Tom Holland smells like, you can catch Remy Hii at Oz Comic Con this Saturday and Sunday at the Melbourne Convention & Exhibition Centre. Tickets are available to buy here! 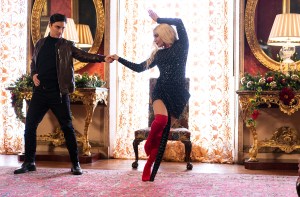