A single mum hoping to score $100 by selling a rare Coles Stikeez figurine on eBay to pay for her sons’ school excursion, eventually sold it for an eye-watering $20,100.

Her ‘Golden Billy Banana’ was one of only 100 that Coles gave away as part of their latest promotion.

After listing the starting bid for the collectable banana at just $10, it wasn’t long before the bids started rolling in, sending the price, well, bananas.

She told Daily Mail she didn’t believe the final bidder was serious.

“The auction finished on $20,100, but it would have just been people having a laugh, so I don’t expect to receive a cent to be honest,” she said.

“I was hoping for $100 to send my sons on their school excursion.”

She said she knew it was a joke when the price got too high.

“If I did dare dream about $20,000, I would get a car and bedroom furniture for the kids… I’m a single mum-of-five so the money would be awesome to buy us a reliable car.”

She’s yet to hear from the bidder. 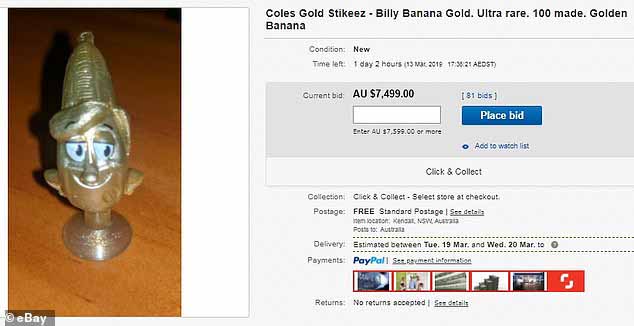 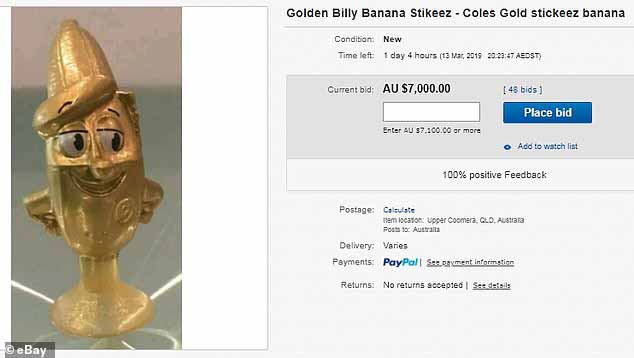