Apparently everyone in Hollywood is a fan of the ol’ Spanx – which, after three weeks of mince pies and wine, is pretty wonderful to hear – but one of our favourite actors has ‘fessed up about what was really going on underneath her Golden Globes gown and now we love her even more.

Kristen Bell, who looked hot AF in a black sequined dress with a seriously sexy neckline, documented her awards show prep on Instagram and was not playing coy with her undergarment sitch. 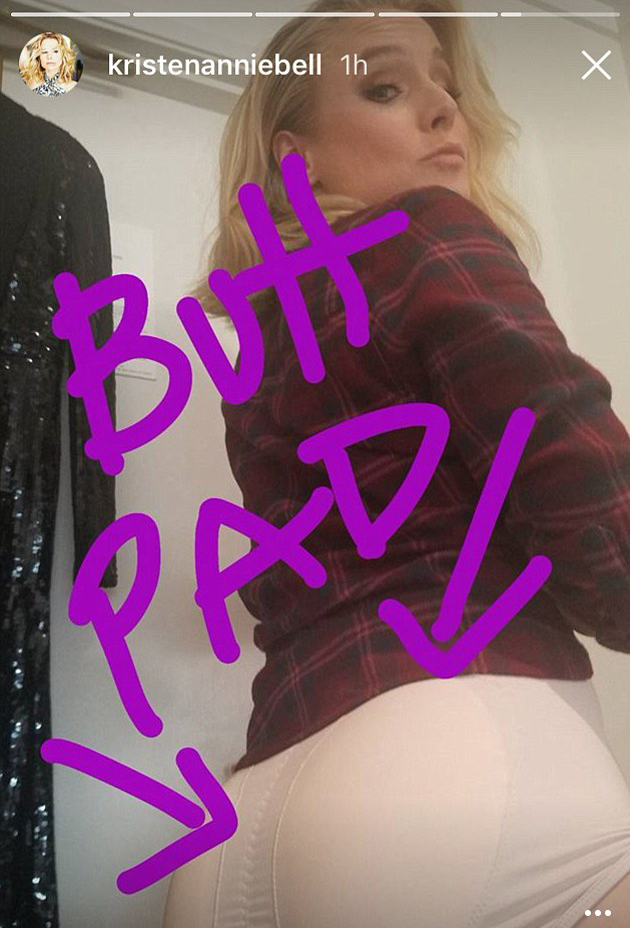 Because when your couture gown calls for more junk in the trunk, what else would you do?

Kristen was smashing the red carpet with husband Dax Shepard, who she shouted out in a separate post for being her “hot date”.

Thank u to my hot date tonight, @daxshepard. I love date night with you. @goldenglobes #GoldenGlobes

Seriously, could these two get any cuter?