After 2016 saw hoards of Hollywood couples call it quits, just six days into the New Year, and 2017 has already claimed its first celebrity couple.

Nicki Minaj, 34, confirmed on Twitter on Thursday that she and rapper boyfriend/maybe fiancé Meek Mill, 29, have broken up… For good!

To confirm, yes I am single. Focusing on my work & looking forward to sharing it with you guys really soon. Have a blessed New Year. Love u🎀

It comes after she posted an Instagram photo featuring a pair of Chanel slides, which was accompanied by some very suggestive Beyoncé lyrics: “Thank God I dodged the bullet. I’m so over u. Baby good lookin out. #BestThingUNeverHad.”

Thank God u BLUE💙it. Thank God I dodged the bullet. I’m so over u. Baby good lookin out. #BestThingUNeverHad thank u for this epic gift @sincerearmani

Nicki and Meek, who began dating in early 2015, were last seen together at Meek’s album release part on December 3. 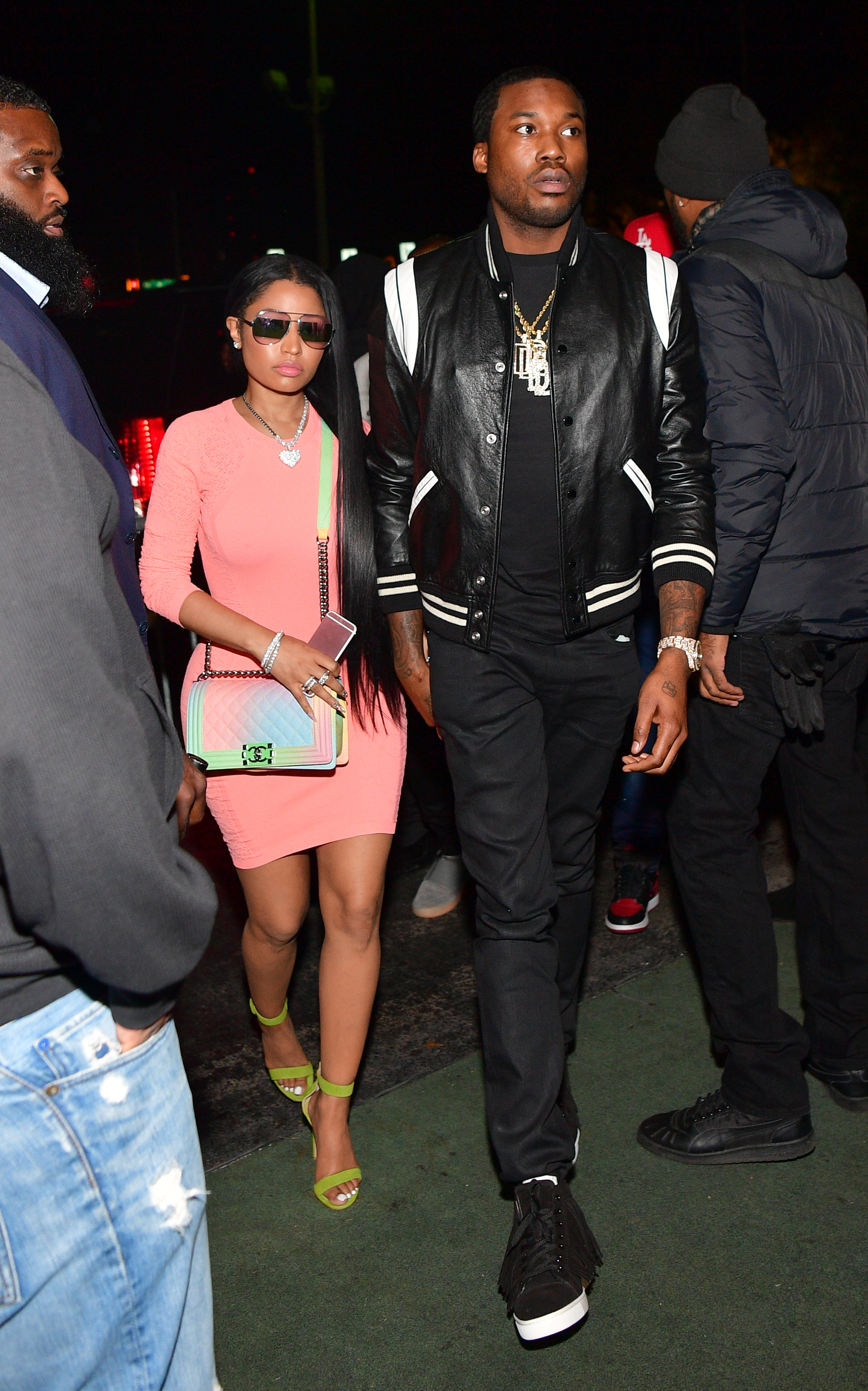 Rumours had swirled throughout their relationship that they were engaged, after Meek gifted Nicki multiple diamond rings.

Nicki told Nylon in April 2015: “He said that my third ring would be my engagement ring. But sometimes he calls me his fiancée, and I’m always trying to stop him, like, ‘Nope! I ain’t got that third ring yet!’ We’re just taking it one step at a time.

“And, you know, if that happens, if I get married, then I’ll have a child, and that’ll be fun, because I can’t wait to hold my baby.”