Cartoon buffs and family-film fans alike will be able to get a glimpse into what went on behind the scenes of their favourite movies when ACMI brings Disney: Magic of Animation to town next month.

The internationally acclaimed exhibition celebrates almost 100 years of Disney animation and will give visitors a glimpse of how drawings come to life on the big screen.

Over 500 original artworks will come to Melbourne from all the way from the 1920s to the latest films, including Steamboat Willies, Fantasia and Frozen. 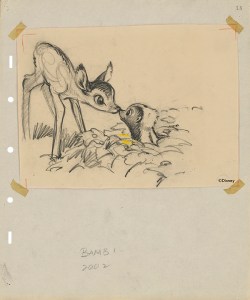 Raya and The Last Dragon will also make an appearance and Melbourne will be the first to get a peek at never-before-exhibited artwork from the film.

“We’re thrilled to bring Disney: The Magic of Animation to Australia as ACMI’s 2021 Melbourne Winter Masterpiece – the first since reopening after our $40 million transformation. Disney’s pioneering work has brought the art of animation to audiences across the globe for nearly a century,” ACMI Director & CEO Katrina Sedgwick OAM said.

“This exhibition invites us behind the scenes, celebrating the artists and their incredible craft as they create the magical worlds and iconic characters that we know and love.”

Disney: The Magic of Animation will be at ACMI, Federation Square from 13 May to 17 October 2021. Entry costs between $17-$26. Tickets can be purchased here.

Want more? Here's a bit we love from Will & Woody – catch the boys weekdays from 4PM on KIIS101.1!
ACMI animation disney Movies

Melissa McCarthy Was Bitten By This Australian Animal

2021 Oscar Nominations Have Been Announced, How Many Of These Films Have You ACTUALLY Seen?