Despite the fact that Miley Cyrus was literally just in hospital with tonsillitis, it’s not stopping her and new boyfriend Cody Simpson from swapping saliva!

In a PDA filled, and we have admit kinda creepy video posted to Instagram stories, Miley and Cody were seen lying in bed playing around with the various filters on the social media app.

Using one reminiscent of The Joker villain from Batman (we told you…creepy!) the pair stare back at themselves in the camera before casually locking tongues.

While the video has since expired from Miley’s Insta story, Cody is still very present on her socials. She’s just uploaded a story of her and cody actually kissing over a dinner table and a mirror selfie of the pair with a black love heart. 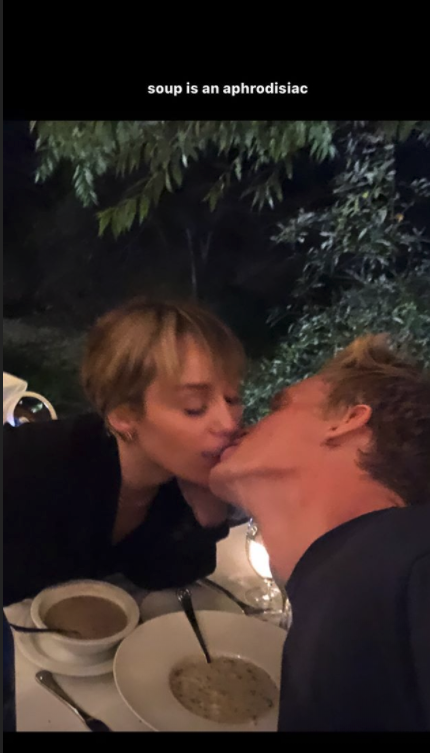 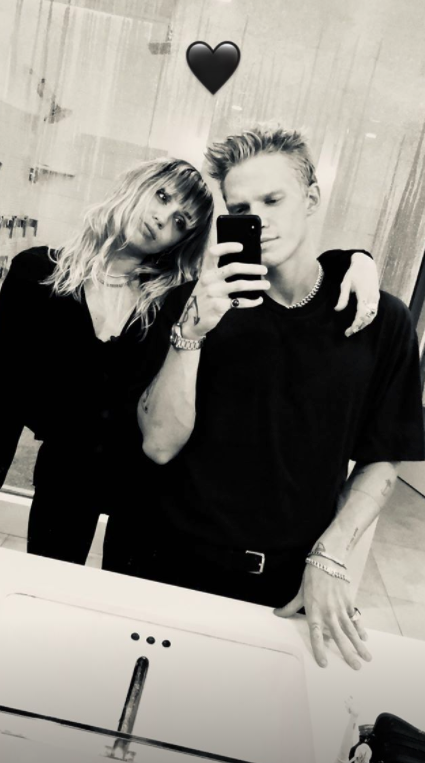 This comes after Miley’s ex-hubby Liam Hemsworth was spotted packing on the PDA in New York with Aussie actress Maddison Brown.

Is this turning into some sort of war of the PDA between exes..? You know, who can prove that they’ve moved on the most?

If that’s the case, we’d have to say that Miley is trying hard to win, having previously moved on with Brody Jenner’s ex Kaitlynn Carter. After that fling ended, she quickly moved on with 22-year-old Aussie singer Cody.

Miley and Liam announced that they had split back in August following an intimate wedding ceremony at the end of last year.

Want more? Here's one of our fave moments from Jase & Lauren – they’re always up to something! Weekdays from 6AM on KIIS 101.1!
cody simpson Instagram kissing miley cyrus video