A new TV show in the UK is lifting the lid on a new breed of grannies: Super-Cougars.

One subject of the show, 80-year-old Shirley Andrews, started her career in amateur pornography in 2008.

“I made all of the videos at home. And I started posting them online and I just got rave reviews… I just felt like a princess,” Shirley explained.

Shirley’s #1 fan is Kyle Jones, and while they’ll often be seen ‘canoodling’ in public, Kyle isn’t limiting himself to one Super-Cougar. 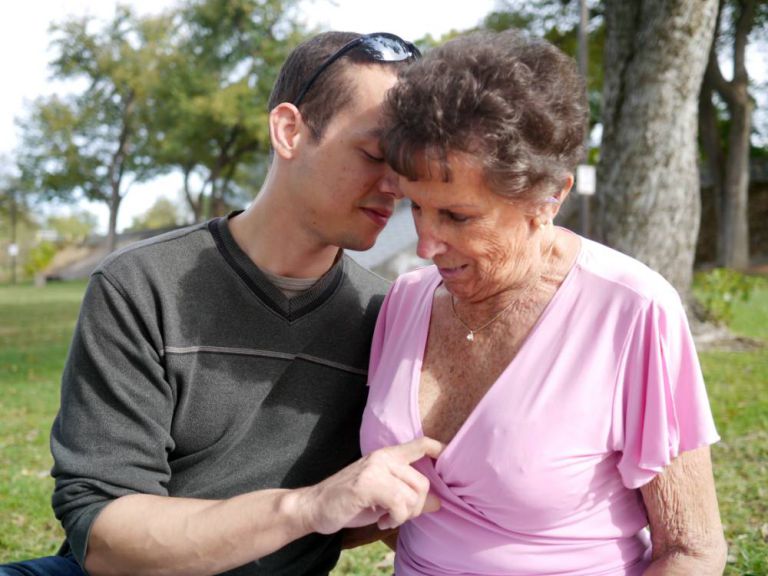 “Shirley knows that I would have problem being with just one woman and I know that Shirley will have a problem with just one guy.. Let’s say at some point where I decide I’m just really super in love and I only want her, then it might mess with my head at some point that she was with someone else.”

Despite this, Shirley isn’t ready to settle down yet.

“I have had numerous proposals in the last five years. But none of them were with anyone I would want to spend the rest of my life with.”