Lara Worthington (nee Bingle) has slammed manufacturers of popular children’s toy Sophie The Giraffe, after mould was discovered inside.

The Australian model, who now resides in the US with husband Sam Worthington and their two young sons, shared an image of the mouldy teething toy to Instagram. 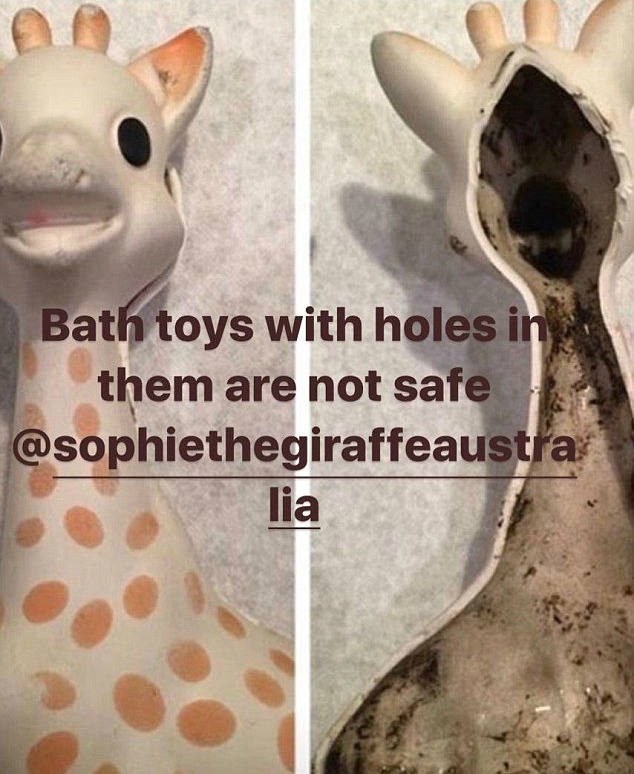 The best-selling toy came under fire this week, after parents found potentially harmful mould growing inside.

One mother decided to clean her child’s Sophie The Giraffe toy when she noticed the air coming out of the hole smelled musty.

“I decided to cut into Sophie out of curiosity and discovered a science experiment living inside,” Chianese said. “Smelly, ugly muold living in my infant’s favorite chew toy!” 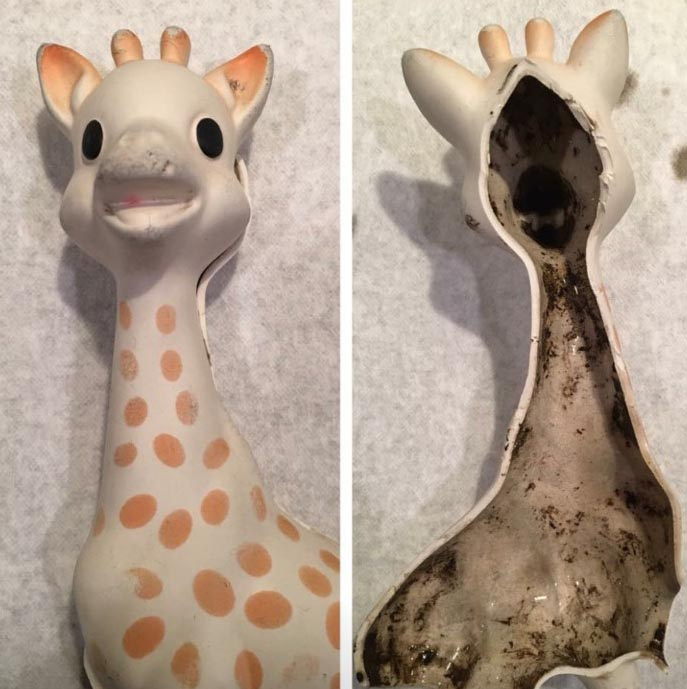 The woman said she always cleaned the toy according to instructions, using hot, soapy water with a damp sponge and never submerging it into water. “It still hurts my heart to know that for months I allowed my babies to chew on moldy toys,”

Another mother has taken to Amazon, saying “Beware!! If you have a drooly baby, moisture will get in the hole and you’ll end up with mould!”

“We’ve had ours for two years and the entire inside is coated with black mould!”

A third parent claims that she found mould after she chopped the legs of the toy after hearing reports of them getting caught in the throats of other babies. She then discovered the potential danger lurking inside. 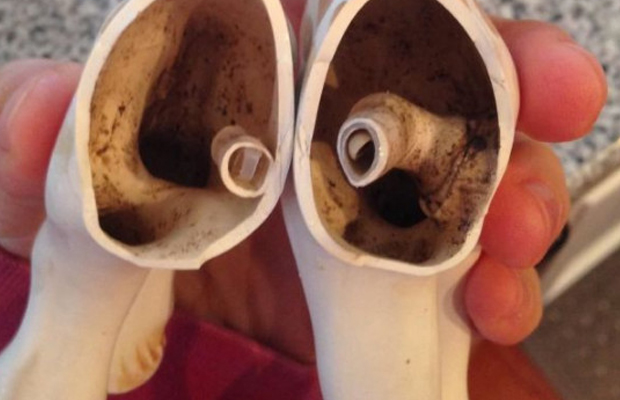 Should all parents who own this product be concerned about their child’s safety?

According to experts, exposure to mould in toys is only something be alarmed about if your child has an immune disorder or a mould allergy.

Symptoms of mould allergies can include:

What you can do if you own this toy:

According to Carolyn Forte from Good Housekeeping Institute, “The only way to prevent mould inside plastic toys is to make sure they are cleaned and thoroughly dried,”

The best way to clean washable plastic toys is in hot sudsy water or in the dishwasher. Then, disinfect them with a solution of 1/2 cup Clorox bleach per gallon of water. Soak them for five minutes, rinse and air dry.

How often you should clean these toys depends on the frequency of use. If used daily, Forte recommends cleaning them at least once a week.

Don’t let these items sit in water or leave them with water trapped inside between uses or cleanings.