With food running pretty scare in the I’m A Celebrity… Get Me Out Of Here! jungle, it’s understandable that the contestants are going to lose some weight.

Justin Lacko first appeared on the reality TV radar on Australia’s first ever season of Love Island and during his time there the girls made a rather salacious revelation about him.

I absolutely love this girl to the moon and back! My love island experience wouldn’t have been the same without you @millie1993 I didn’t like you for the first week 🙈 but then I realised how we are so similar and how beautiful and well spoken you are! You have a heart of gold and your kindness, maturity and love truly shows and how I have missed you over the past few weeks. We are the old married couple in the villa and you are just perfect! Just perfect just the way you are 😘😘😘 #bestfriend

Forget Big Dick Energy, the Love Island girls told Kyle and Jackie O during our Love Island reunion that Justin actually had something major going on down there. Like, this major: 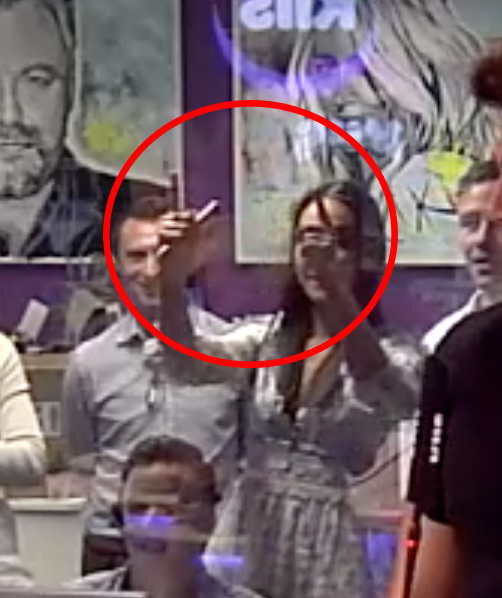 But unfortunately that situation may have changed slightly…

Speaking with Kyle and Jackie O this morning, after being eliminated from the I’m A Celebrity jungle, Justin revealed that he’d noticed some shrinkage after being on his jungle diet.

A hero in everyone’s eyes the way you faced your challenges enjoy those tacos see you back home soon!!!! Still the record holder of challenges!! 💪💪💪

It all came about when Kyle asked if Justin had showered nude while he’d been away.

“Did you shower nude in there at any stage?” Kyle asked. “I’ve also heard from some Love Island people that you had the biggest willy on Love Island…so why wouldn’t you get it out in the jungle.”

“Well that was another debacle, I lost 10kg in the jungle and I think a bit of that muscle happened to be down there,” Justin admitted.

“Oh really? You reckon 8kgs of it is gone from down there?” asked Kyle.

“Perhaps,” Justin responded. “I tell you what I don’t see much these days. I don’t know if it’s the bush or if it’s the fat but yeah just a bit of shrinkage.

“We didn’t have any hot water either so that didn’t help.”

OMG that’s definitely not what you want!

Celeb Edition Of Buddies In The Bath With Ajay Rochester

Mafs 2019: Mercedes Corby Was Meant To Be On This Season