The queen of selfies, Kim Kardashian West, has officially reclaimed her title.

The 36-year-old reality star posted her first selfie of 2017, following a brief hiatus from social media after she was robbed at gunpoint in Paris last October.

And not one to disappoint, in the snap the mother-of-two debuted an interesting new piece of bling – a diamond lip ring. 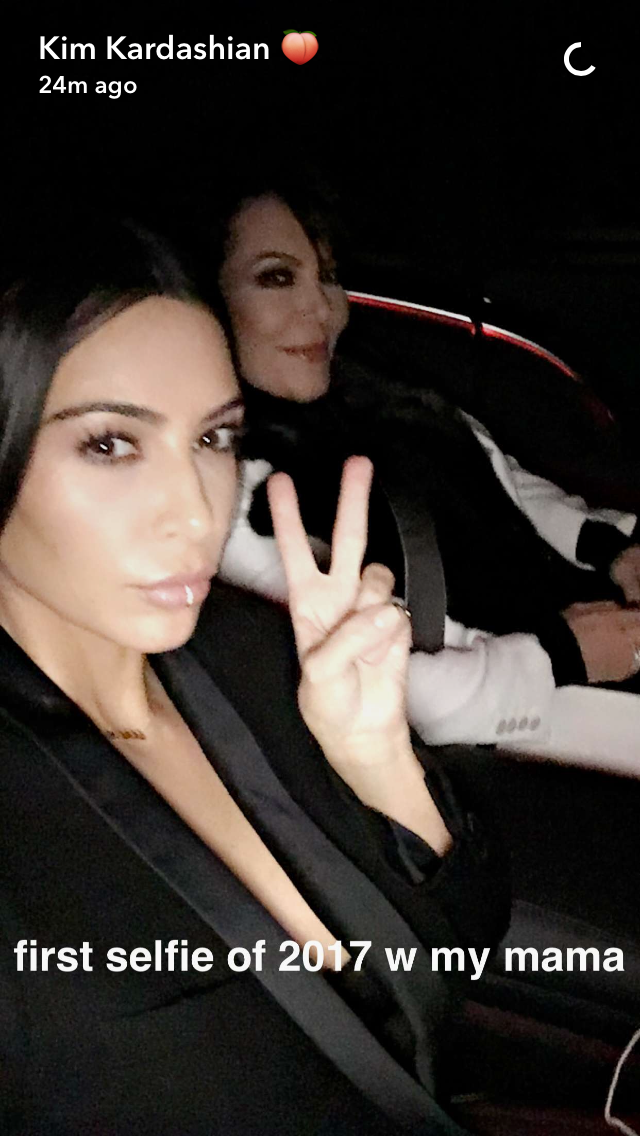 The Keeping Up With The Kardashians star captioned the Snapchat image featuring her mum Kris Jenner: “First selfie of 2017 with my mama.”

Kim made her official return to social media this week, after a three-month silence across all platforms following her terrifying Paris robbery on October 3.

And the following day she shared a sweet shot with Saint, which she captioned: “Son.”

Kim also posted an intimate compilation of home videos to Facebook, which show a rare side of her and her famous family.