A storm that reached cyclonic force off the coast of northwest Germany has resulted in a late Christmas gift for local kids: a beach full of Kinder Surprise eggs.

It’s understood that a cargo ship, which lost five containers during rough weather, was the cause.

Locals and tourists gathered together to collect the thousands of the colourful eggs, which contain toys, which washed up on the beach.

But the sea wasn’t finished just yet.

The next day, Lego also started to wash up. 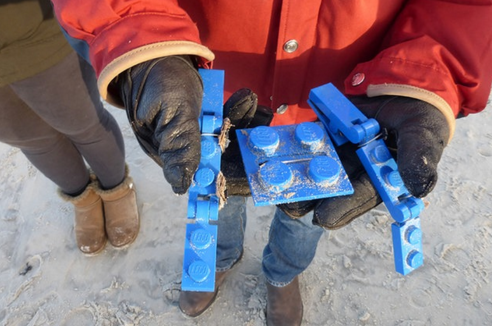 By this time, however, some were well over it.

The beach has since been cleaned up, but what will the ocean give up next? My Little Pony? Mr Potato Head pieces?