John Travolta has been through something no parent should have to face.

The loss of a child.

Travolta lost his 16 year old son Jett in January 2009 after he hit his head and began to seizure, while the family was on holiday.

Seven years on the pain and grief has stayed with him daily, and it has prompted him to share a poignant message about spending time with your children and treating each day as though it could be your last.

And we couldn’t agree more. 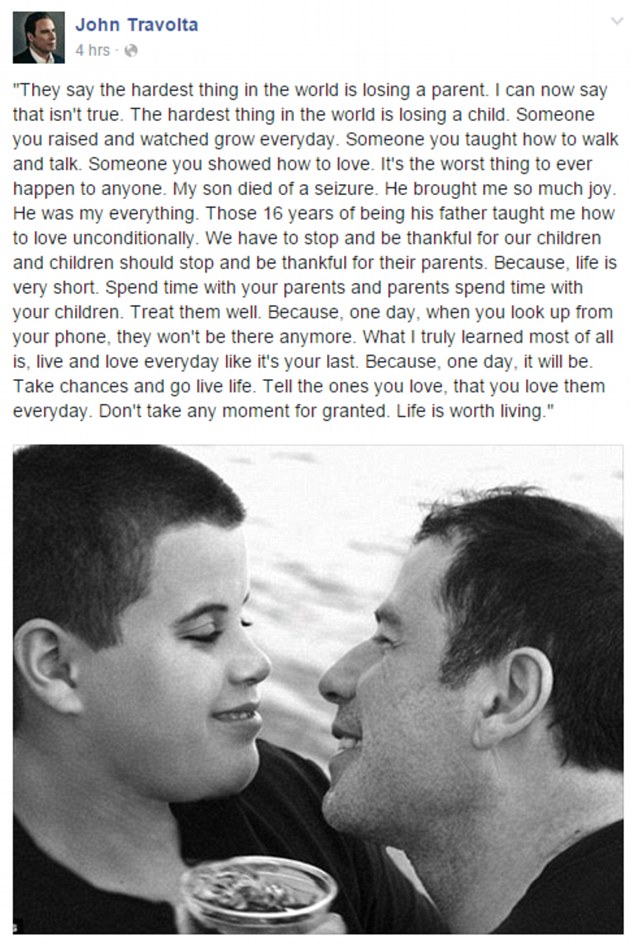