John Goodman is currently promoting his latest movie 10 Coverfield Lane and to say he looks great is an understatement.

While we love him regardless of size, his dramatic weight loss has him looking healthier and happier than ever.

It’s estimated he has dropped 100 pounds (more than 45 kilograms)! 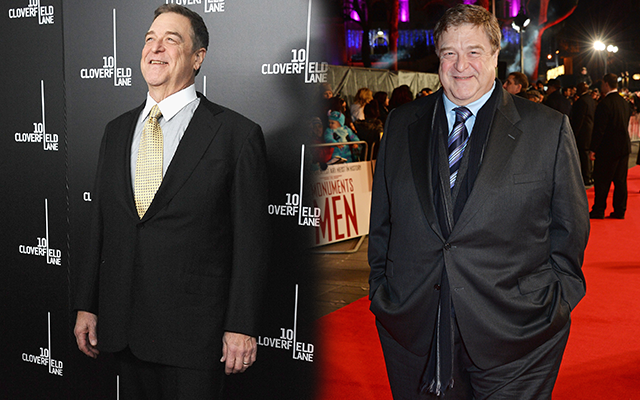 “I decided to stop stuffing food into my mouth every five minutes,” he told Howard Stern.

“Turns out I was just eating all the time.

“Anytime I had my hands open or free, I shoved something in my mouth. It’s all crap.”

It hasn’t been a quick and short term measure like he has turned to in the past.

Crediting smaller portions and exercising on an elliptical at home for his drop in weight.

But it hasn’t happened without looking at the person beneath the surface to find the motivation to keep it up.

“It’s been a year and half, I did it slowly,” he said on SiriusXM.

“I used to go on these diets, take three months and lose about 60-70 pounds, feel great, and reward myself with crap-ola. Twinkies look good.

“I took it slow. I just wanted to change my lifestyle.

Although he did joke that he wasn’t sure he could keep it up long term.

We think that’s a bit of a cop out considering how far he has come and how sensible he has been with lifestyle changes, though!

“Just wait another six months and I’ll be back to normal,” he told the US Today Show.

“That’s the way it usually goes. I have no idea how much I lost. I didn’t weigh myself.

“Clothes fit nice and I can go to nice clothing stores and buy too much stuff.”