We are well aware that Siri is one sassy lady, but what if we told you she’s hiding a pretty impressive secret.

Our good ol’ personal assistant has a musical talent that she has been hiding from us for far too long – the ability to beatbox!

Don’t believe us? Try it. 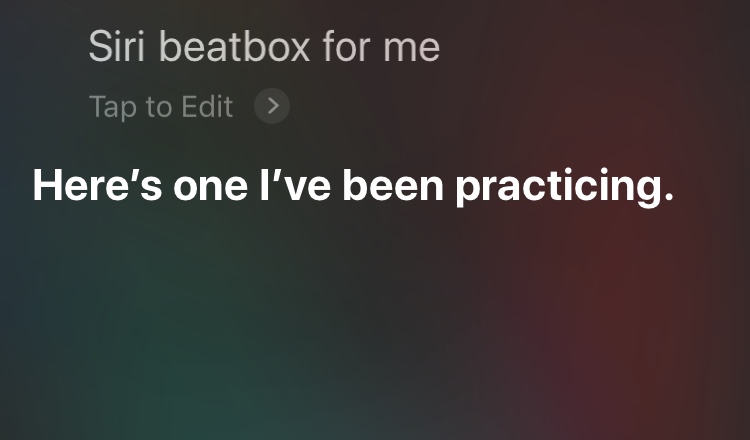 The iPhone trick sees Siri repeating the words “cats and boots,” which is reportedly a phrase used in a beginner’s guide to beatboxing.

Tell Siri: “I see a little silhouetto of a man” and voila! Cue her rendition of ‘Bohemian Rhapsody’ and watch our sensitive little assistant come out of her musical shell.

“What does the fox say?”

But, the question remains – how does PJ not know how to use Siri? We reckon that’s even more surprising than Siri’s party tricks.

Don’t believe us? Watch the video above!