So far Ireland has only won a single medal at Rio, but it’s fair to say that they have won the internet after a hilarious interview with brothers Paul and Gary O’Donovan has gone viral.

After taking silver in the men’s lightweight double sculls, the duo were talking to Irish broadcaster RTE Television and made a stack of hilarious comments about having to take urine tests, wearing “podium pants” and even throwing in the classic Irish phrase “What’s the craic” 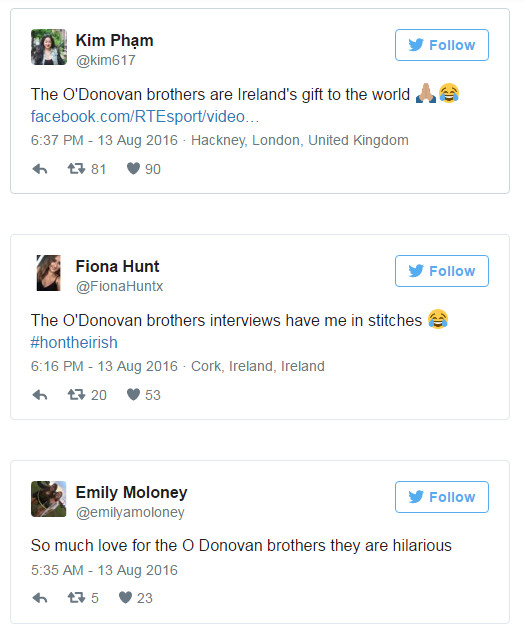 The win was Ireland’s first ever medal in rowing in Olympic history, and the country’s only medal in the games so far.