He’s one of the best in the business and has 44 other awards to prove it, but 6 Oscar nominations down, Leonardo DiCaprio is yet to land the Holy Grail of accolades.

Here’s where you come in… Now you can help poor Leo, get the ultimate award or die trying, in the hilarious new game called, Leo’s Red Carpet Rampage, from London based animation collective, The Line. 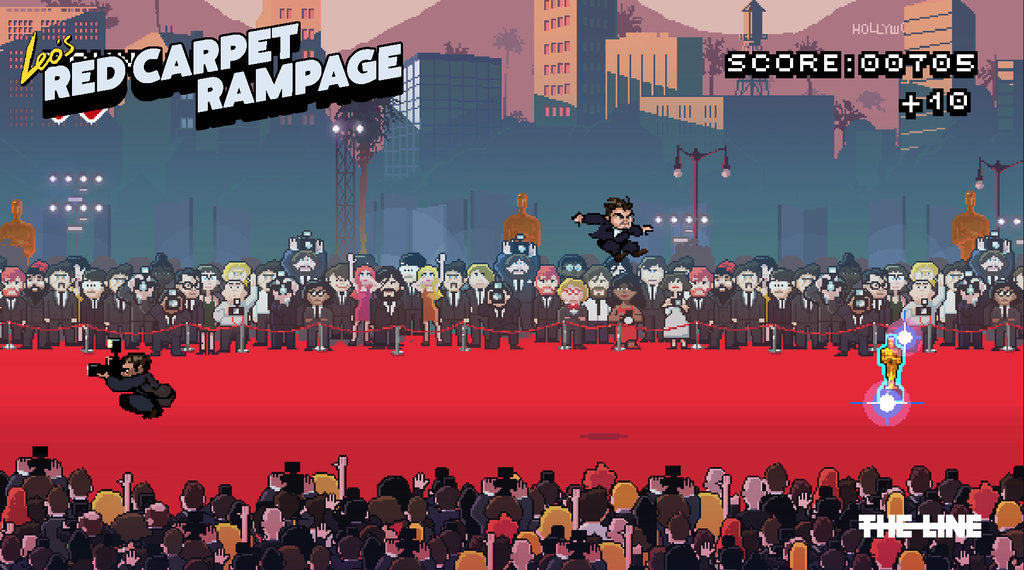 Race down the red carpet arcade style on a quest to catch the Oscar. Along the way, collect as many Golden Globes, SAGs and MTV awards as you can, but watch out for the paparazzi, icebergs and Lady Gaga!

Run, jump and act harder… You just might be the key to Leo’s big win!