Kate Hill’s pregnancy was so unusual that the birth of her baby girls has been hailed a miracle.

The Brisbane mother-of-two and her husband Peter were struggling to conceive, and in 2006, Kate has diagnosed with polycystic ovarian syndrome: a hormonal condition that left her unable to ovulate.

She underwent hormone treatment and fell pregnant, not once, but twice.

It was a medical phenomenon so rare there are only 10 medically documented cases of it in the world.

The conception is called superfetation, which essentially means she fell pregnant while already pregnant.

‘Superfetation is extremely rare – I had fallen pregnant and my body had spontaneously released another egg giving the embryos different gestational ages,’ Mrs Hill said.

‘What makes this case even more rare, is that my husband and I only had intercourse one time – his sperm stayed alive for 10 days to fertilise the second egg released.’

The rare conception started as a single pregnancy with twins, before she conceived again 10 days later to be pregnant with triplets.

Sadly the couple lost one of the babies early on in the pregnancy, and the Hills were given two due dates – December 20 and December 30 2015.

Their adorable girls, Charlotte and Olivia, were born together two days before their scheduled caesarean. 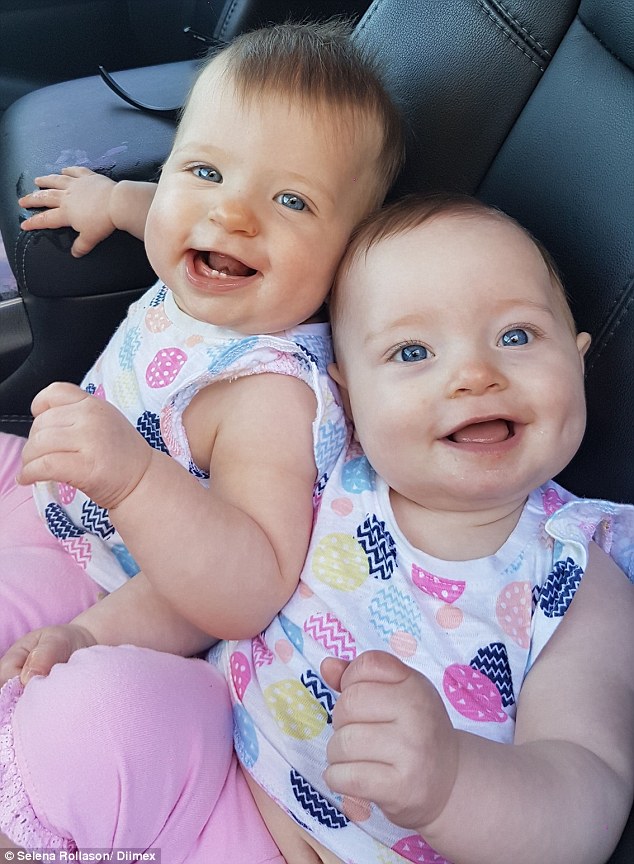