If you were a fan of Gwyneth Paltrow’s original NSFW candle (and a lot of you clearly were because the thing sold like hotcakes) called ‘This Smells like My Vagina’ then boy do we have good news for you.

The actress’ lifestyle brand Goop has just released another naughty candle titled ‘This Smells Like My Orgasm’. Because why the heck not!

Gwyneth has once again teamed up with Heretic perfumer Douglas Little to create her second candle offering in the ‘This Smells Like My…” fam, because of course it doesn’t ACTUALLY smell like an orgasm… Which really all we can think that this would smell like it sweat… yuck.

No, according to the Goop shop website, the scent is “tart grapefruit, neroli and ripe cassis berried blended with gunpowder tea and Turkish rose absolutes for a scent that’s sexy, surprising and wildly addictive.”

The 47-year-old actress debuted the candle during an appearance on The Tonight Show Starring Jimmy Fallon after he asked her about the OG candle.

“We have a new one which actually might be more for you to give to your wife,” she said.

“What is it called?” Jimmy asked. 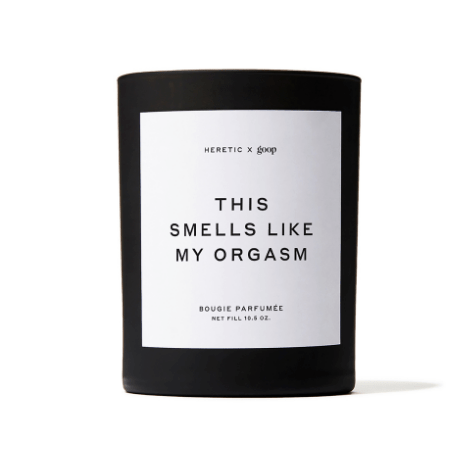 Instead of answering Gwyneth just held up the candle for Jimmy to see, to which he replied, “Oh my heaves!”.

“And the box has fireworks,” Paltrow added as she showed off the packaging.

“Of course it does! Of course it has fireworks. You are crushing it, man,” Jimmy replied. 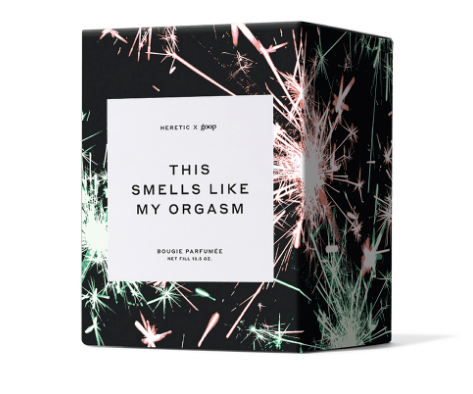 We’ve never wanted a candle more tbh. But just a warning, they don’t come cheap! A “This Is My Candle” costs $75 on the Goop website and that’s in US dollars!

Everyone Is Obsessed With This Dream Pair Of Tights

Mums Genius Bunnings Hack To Keep The Kids Away From The Snack Cupboard Has Got Everyone Praising Her!