Seeing a screenshot of Donald Trump’s website with “HILLARY WINS” emblazoned across the top is the last thing we expected to see today – let’s face it, even if Trump does lose the election, it’s doubtful he will easily admit defeat.

But a glitch on his official website www.donaldjtrump.com allowed users to do just that.

A basic coding hack saw the general public add a broad range of statements and criticisms of Trump and his policies, we think our favourite is Carrot J McCarrotface… although some were at least a little bit more intelligent.

My contribution to the Trump website glitch. #ElectionNight pic.twitter.com/SCPY7FeZKo

Seriously, whoever made Donald Trump’s website should be ashamed of themselves. This is SO EMBARRASSING https://t.co/LiQ3s328Yu pic.twitter.com/bXG0mbesbv

Others went the more creative route.

You too can put a random headline on the press releases of Trump’s official website. https://t.co/pPtLIKIk7h (h/t @csoghoian) pic.twitter.com/HPhhmakCFI

It’s the little things in life that mean the most. Like a glitch in #Trump‘s website that let you change the banner message! pic.twitter.com/2t3dDkxUDc

Either way, it gave us a whole lot of entertainment…

Someone hacked Trump’s website and left a poop emoji on it https://t.co/qJJGgRNxue pic.twitter.com/IRNCg0Fw55

And then of course there is this… 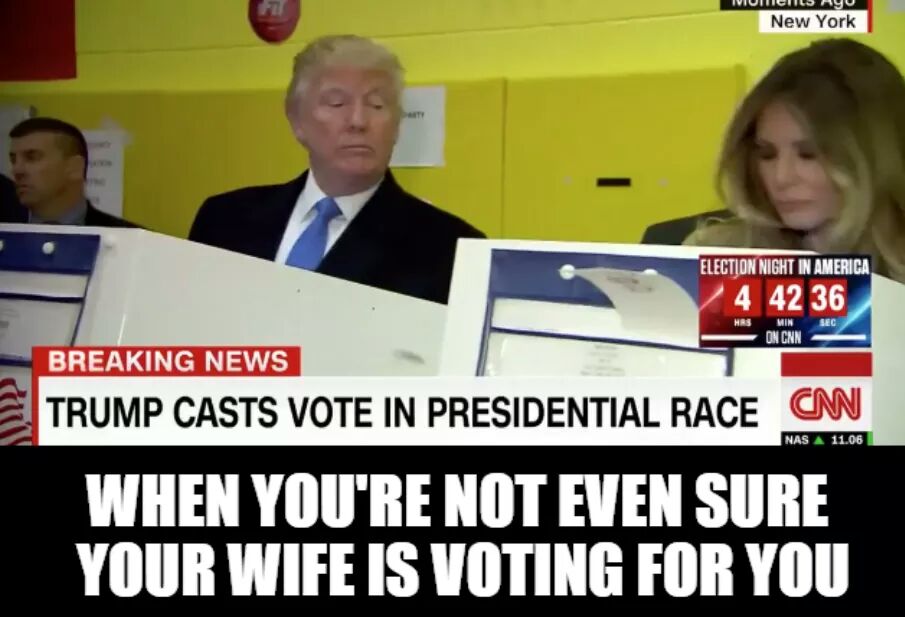 A meme doing the rounds this morning showed Donald Trump sneaking a peek at his wife, Melania’s, ballot card – just to make sure she was in fact voting for him.

The Trump website glitch is the greatest thing to ever happen.https://t.co/jmNzhBL2PA pic.twitter.com/HUiwsXCLtt

Sadly, the Trump web developers cottoned onto the glitch and have since removed the Press Release page that allowed the edits.

But it was good while it lasted…